The country’s 'B+' rating is termed as highly speculative

•The Negative Outlook reflects uncertainty about planned fiscal consolidation and risks to economic growth around the August 2022 general election.

•Fitch forecasts general government debt to rise to 69 per cent of GDP in FY22 and to plateau at approximately 70 per cent over the medium term, in line with rating peers. 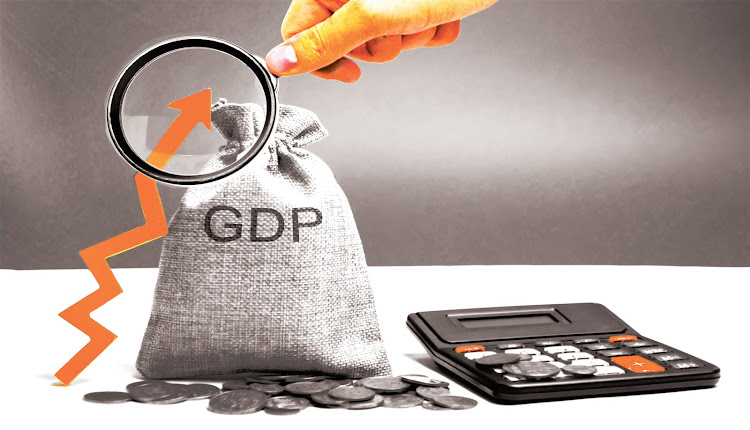 Kenya's debt default risk remains high and could worsen due to uncertainties in the global economy, a new credit rating review by Fitch shows.

The international credit rating firm has maintained the country's debt profile at B+ a negative outlook.

This is an indication that Kenya might miss repayment or become errant on loan obligations.

Fitch rates countries' creditworthiness with a high score of AAA with D being in default.  Kenya's B+ is rating places it at highly speculative.

The agency said that financial conditions will be challenging due to the rising US Fed rate, a strong dollar and high inflation.

Even so, the rating firm said Kenya's rating is supported by a record of strong growth and relative macroeconomic stability.

Fitch indicates that the currency devaluation that has seen the shilling shed 3.6 per cent against the US dollar could pile more pressure on Kenya's debt repayment as dollar payments account for 70 per cent of the country's external debt.

A single unit drop in local currency against the US dollar pushes up the amount by Sh40 billion.

It also projected the country's current account deficit to drop further to seven per cent from the current 5.4 percent as import cost pressures pile.

The rating agency has forecasted that Kenya will make some progress on fiscal consolidation, but fiscal deficits will remain high as they expect tax revenue to GDP below pre-pandemic levels throughout the forecast period.

"High levels of tax expenditure and poor compliance have left Kenya with a declining tax base in recent years,'' Fitch said

General government debt is expected to rise to 69 per cent of GDP in FY22 and to plateau at approximately 70 per cent over the medium term, in line with rating peers.

Fitch forecasts a resurgence in food and fuel inflation leading to an annual average of 6.5 per cent in 2022; although a fuel subsidy will help limit fuel inflation in the near term.

The Central Bank of Kenya (CBK) recently said the inflation expectations will go beyond the target of 7.5 percent.

It is expected to borrow close to Sh852 billion to fund the budget deficit in the financial year starting July 1. .

Kenya's tourism sector likely to be affected.
Business
3 months ago

Moodys affirms Kenya's rating at B2, maintaining it's negative outlook
Business
1 year ago

It affirmed Kenya's rating at B2
Business
1 year ago

Moodys has warned that fiscal measures set by the government to cushion the economy during this pandemic will increase the fiscal deficit and ...
Business
2 years ago
by BY OLIVIA ADHIAMBO
Kenya
09 June 2022 - 23:00