The rule of thumb states that every two to three years, the business needs to grow by 10%

•Today, almost half of Gen Z (44 per cent) are actively engaged in adopting new technologies.

•64 per cent of them believe there’s an opportunity for family businesses to lead the way in sustainable business practices. 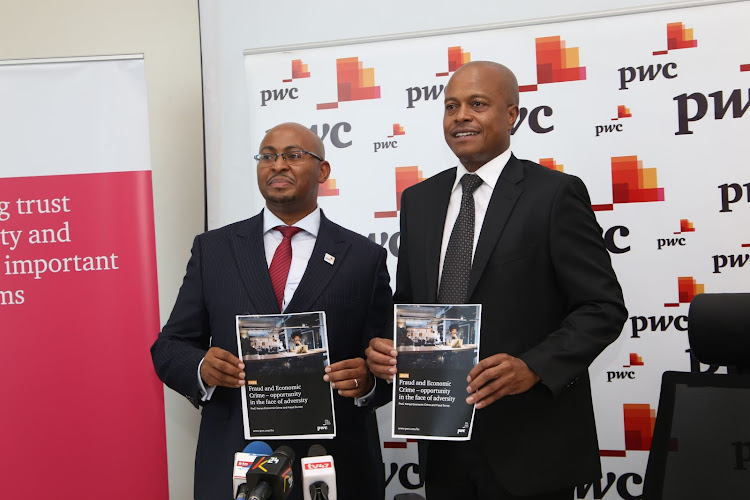 The pandemic has accelerated the transition of power in many business families and allowed a new generation of family leaders to challenge the status quo according to PwC’s NextGen Survey, 2022.

According to the survey, success for family businesses is multidimensional and growth is a complex area, with emotional as well as financial elements in the mix.

The rule of thumb states that every two to three years, the business needs to grow by 10 per cent to keep family wealth at a constant level as the generations expand and for this to happen, all generations in a family business look to grow through new markets.

From the research conducted among the four generations, the Current generation, All NextGen, Millennials and Gen Z, the latter is more likely to prioritise sustainability.

In 2019 NextGen survey revealed that 64 per cent of Gen Z felt that they could add significant value to the business by helping to develop a strategy fit for the digital age.

Then, the pandemic presented an urgent need for that expertise.

Today, almost half of Gen Z (44 per cent) are actively engaged in adopting new technologies.

For one in five of them, the pandemic accelerated their engagement with the business in this area.

64 per cent of them believe there’s an opportunity for family businesses to lead the way in sustainable business practices.

72 per cent say they expect to be involved in increasing their business’ focus on investments for sustainability in the future, but only 28 per cent are doing this now.

And though two-thirds of Gen Z expect to be involved in reducing  business’ environmental impact in the future, only one in four is already involved today.

Research by Family Capital shows that in recent years, publicly listed corporations that prioritise ESG and have better ESG risk ratings, as a group, than family businesses have begun to outperform the latter in terms of market capitalisation.

Indeed, 28 per cent of Gen Z believe the pandemic identified a need for upskilling and additional education.

But when they were asked what they think they need to learn, the list was a familiar one: finance (53 per cent), leadership development (48 per cent) and business model innovation (41 per cent).

Sustainability was identified as a priority by only 24 per cent of the generation.

The survey also shows that most of them already have excellent business qualifications—with 89 per cent having completed at least a university degree, the majority in business and finance, and 17 per cent hold an MBA or doctorate.

The 2019 survey indicates that 48 per cent of Gen Z said that they were given significant internal operations to lead, now it’s 28 per cent.

And today, one in four say it’s difficult to get an understanding of how the business or family office operates.

The current generation is even less keen to let go than in the past, even though it’s clear that Gen Z, the future of the business, want to prove they've got what it takes.

43per cent of NextGens say they’re now more involved in the business than they were prior to 2020 as 36 per cent say the pandemic resulted in stronger communication with the current generation.

43 per cent say they feel more committed to the business than they did before the pandemic but the current generation is making it hard for NextGens to prove themselves.

14 per cent report being given a project during the pandemic they might not have been asked to lead before while 45 per cent find it difficult to prove themselves as a new leader or board member.

57 per cent say that the current generation’s hesitance to retire is a problem.

Overally, the decision to give control to the next generation is a huge, once-in-a-lifetime event.

In PwC’s Global Family Business Survey 2021, 30 per cent of the current generation said there was a robust plan. Today, 61 per cent of NextGens say the family has a succession plan.

Still, the current generation is holding on tight for now: 39 per cent of NextGens say there is a resistance in their company to embracing leadership change.

Although women, like their male peers, want to focus on business growth as a top priority (53 per cent for women versus 69 per cent for men), they’re marginally more focused on ESG concerns.

Improving working conditions and sustainability are higher on women list than they are for their male counterparts.

The research however shows that 43 per cent of women currently hold leadership positions versus 59 per cent of male respondents.

One-quarter of female respondents say they need to understand more about the business before they could suggest any changes, compared with 13 per cent of their male counterparts.

It’s notable that family businesses that have a family office understand the importance of ESG in securing their future prosperity.

42 per cent say that their business has a Family Office, and the survey data shows that this triggers more professionalism throughout the business.

Businesses that have a Family Office are more advanced in integrating ESG thinking—43 per cent have a sustainability strategy, for example, compared with 37 per cent of those with no Family Office.

They also show more discipline regarding family governance, in part because they represent larger families; they’re more likely to have a written constitution and a succession plan in place.

Wealth management and the concept of ownership competence go together.

Ownership competence is the skill through which ownership—and the control it implies over resources—is used to create value.

This will be vital in setting the future business growth agenda.

The pandemic has only accelerated this growing trend of young people trading crypto and NFTs.
Sasa
1 month ago

Millennials: most educated, overworked but underpaid

They are tech savvy
Business
2 months ago