This is due to the un-standardised nature of the sector.

•About 84 per cent of Kenya's workforce is in the informal sector. 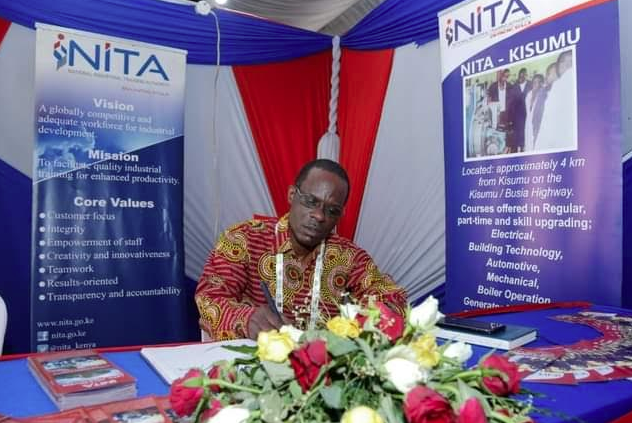 About 84 per cent of Kenya's workforce is in the informal sector posing the biggest challenge in skill development, the National Industrial Training Authority (NITA) has said.

Director-General Stephen Ogenga says due to the un-standardised nature of the sector, it is difficult to map existing skills in the informal sector and gauge the skilling requirement in the sector.

"On the other hand, the rate of job growth in the informal sector is estimated to be four times more that in the formal sector,"Ogenga said during an interview with the Star in Nairobi on Friday.

He said in Kenya, numerous challenges confront the training carried out in the informal sector.

Among the ones he noted include the fact that curriculums that informs the training content is non-existent in the informal sector and in addition, delivery of content is done by Master Craftsmen on need basis.

Consequently, the trainee in such a set up is at the mercy of the trainer and doesn't have any background of what shall be delivered.

In addition, the Master Craftsmen lack the required skills on quality training delivery.

"There is a complete lack of training standards in the informal training,"Ogenga said.

He said other challenges experienced by the informal sector include limited linkages, partnerships and collaboration with interested parties and inability to fully match skills development in the industrial training centres.

Ogenga said poor linkages with industry and labour market, limited planning of delivery and insufficient infrastructure particularly at the county level are other challenges.

He said training providers who carry out training in this sector are mainly Master Craftsmen who offer practical training without the necessary core-business, life-skills and theoretical packages.

He however noted that the authority has prepared a training programme to equip the Master Craftsmen with the necessary pedagogical skills to enhance their training delivery.

In addition, he said NITA has taken a lead role in implementation of Recognition of Prior Learning (RPL) in Kenya, a process that allows for identification, assessment and certification of informally and non-formally acquired skills.

RPL is expected to benefit thousands of youth in the informal sector who have skills but have been disadvantaged by the formal systems, for lack of evidence that they possess the skills.

He said the introduction of Competence Based Education and Training has resulted in an overdrive for control and dominance among key stakeholders.

The director general said Industrial Training Levy Fund is the only public skills development fund in the formal sector, but unfortunately the  sector workers and the special groups enjoy no benefits from the fund.

NITA intends to enhance its regulatory role in industrial training and also put in place measures that will fundamentally restructure and re-align institutions and key players.

Ogenga said this will be done to achieve Vision 2030 and keep a breast with the evolving global, continental and regional trends.

He said the authority is currently partnering with other institutions, giving opportunities for people living with disabilities to be effectively integrated into the workforce through advancements in cyber security.

The authority is also a key implementing agency of Kenya Youth Employment Opportunity Project (KYEOP) and has so far trained over 62,641 beneficiaries.

"The authority partnered with the government of Korea for capacity development of NITA Mombasa. The project was completed and handed over to NITA in November 2019,"Ogenga said.

He said it is critical to provide mechanisms that equip people with disabilities with skills to match the market demand, in order to boost their employment.

Meanwhile, the Jua Kali sector requires attention and financial inclusion by the government, Ogenga said, just like other sectors heavily contributing to development in the country’s industrialisation process.

"For Kenya, the Jua Kali traders are a sure way of laying a strong foundation for industrialisation from within as opposed to imported industrialisation, which could very easily create more jobs and wealth abroad than at home," he said.

The Economic Survey 2022 indicates 80 per cent of the slightly more than 900,000 jobs created in 2021 were in the informal sector and or jua kali sector that is dominated by small and medium enterprises.

NITA is keen to execute its mandate through various events, partnerships and projects to promote highest standards in the quality and efficiency of industrial training and adequate supply of manpower at all levels in the industry.

The authority has partnered with various industries such as Osho Chemicals, KAPA Oil Refineries, Unga Limited, Hyundai Kenya, and Base Titanium to train students in the furtherance of industrial training.

60% of SMEs denied financing in the last three years - report

Lack of collateral was highlighted as the major reason for the snub.
Business
1 month ago

Terrorism, political violence and Covid-19 have subdued the sector
News
3 weeks ago
WATCH: The biggest news in African Business
by ELIZABETH WERE
Kenya
06 June 2022 - 04:00