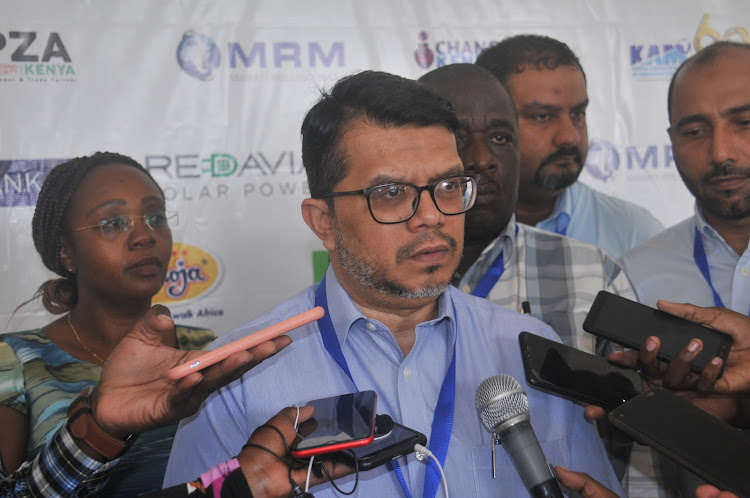 Manufacturers in Kenya have complained of the high cost of production occasioned by high power bills, even as government's plans to reduce electricity prices continue.

The high cost of electricity has been linked to inefficiencies at Kenya Power, which continues to raise the cost by up to 30 per cent.

According to the Kenya Association of Manufacturers (KAM), the cost of producing power is relatively low, but the final power prices are high "due to corruption."

Mohammed Rashid, a director at KAM, said the high cost of power is affecting business in the country.

“Power is not expensive, but the cost of transporting it is. This is due to corruption by middlemen involved in between,” said Rashid.

He was speaking during the launch of the second edition of the ‘Changamka’ Shopping Festival Mombasa organized by KAM at the Oshwal Center.

The festival has brought about 25 exhibitors and local manufacturers to the region.

Rashid said that the Covid-19 pandemic dealt a major blow to the manufacturers as it affected logistics making it difficult to import raw materials.

This, however, he said, forced them to be creative and source local raw materials that in return contributed to the growth of the local economy.

The Economic Survey 2022 shows last year, real value-added in the manufacturing sector grew by 6.9 per cent, with the sector being among the biggest contributors of growth.

The share of the manufacturing sector to GDP was 7.2 per cent while the volume of output expanded by 6.0 per cent in the same period, with most of the activities of manufacturing of non-food products registered growths in 2021.

“Every manufacturing company employs a minimum of 30 employees. when you buy goods from a Kenyan company, you are actually promoting your economy,” he said.

He said buying from international manufacturers is exporting jobs outside.

KAM is using the "Changamka shopping festival" to showcase locally manufactured products and promote the uptake of local content.

Uganda consul general Paul Mukumbya, who was the chief guest of the event, said the festival gives Uganda a chance to see where most of its imported products come from and how they are made.

“We want to see how we can further develop trade between the two countries. We also want to attract investments from Kenya to Uganda and the other way round too, so that together, we can grow our trade,” said Mukumbya.

Uganda is the biggest destination for transit cargo coming into the region through the Port of Mombasa.

Manufacturers in the country have been calling for cheaper electricity which will support the growth of the sector which is competing with cheaper imports, mainly from China.

Last year, was ranked the fourth highest in terms of cost of power for households in Africa.

The analysis by Globalpetrolprices, which analyses global petrol and energy prices, was done in March and published in September.

The high cost of power has been pegged on expensive Power Purchase Agreements entered into by Kenya Power and Independent Power Producers(IPPs).

In March last year, President Uhuru Kenyatta appointed a task force to undertake a comprehensive review and analysis of the terms of all Power Purchase Agreements (PPAs), and probe the compliance of all associated agreements with government policies.

The task force recommended a renegotiation of the deals, which is currently ongoing.

In December, President Uhuru announced a move to cut power costs by 30 per cent, in two phases of 15 per cent each,  a move that was welcomed by manufacturers.

According to KAM, manufacturers will enjoy a cost reduction of between Sh2.67  and Sh3.64 per unit of electricity, depending on their respective tariff and consumption levels.

The cost of power shall further reduce for industries that meet the Time of Use Tariff threshold, KAM chairman Mucai Kunyiha said.

"This is a significant milestone towards realizing our long-standing efforts to reduce power costs, boost local manufacturing and consequently, investments in the sector," he said.

The first 15 per cent cut implemented in January saw the cost of power go down from Sh24 per kilowatt to Sh20. 4 per kilowatt.