Government to then focus on promotion of enabling policies, Mizizi Africa Homes says.

•The developer wants the next administration to focus on implementing fiscal, social and economic policies that will bring down cost of construction materials.

•The government should also put in place measures to lower rates on home loans- while allowing private developers to lead on putting up the low-cost housing units. 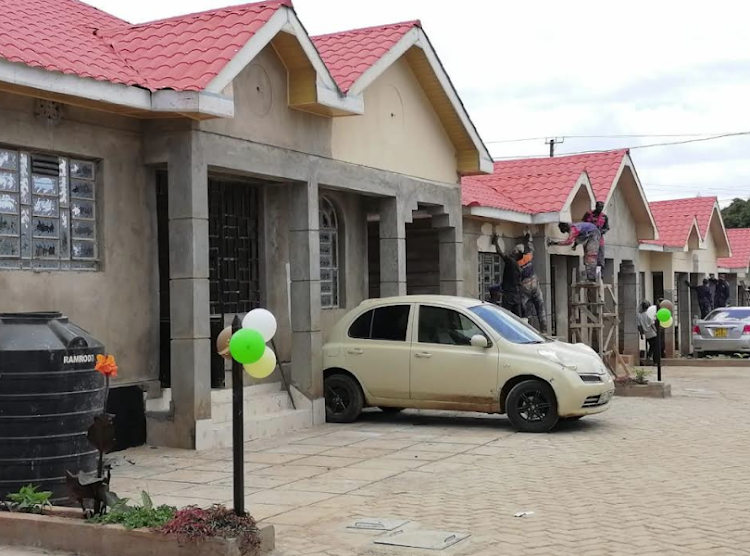 Final touches on the Pigeon Estate by Mizizi Homes/MIZIZI HOMES

The next government should let private developers lead in the implementation of affordable houses, a developer has said.

Mizizi Africa Homes says the government should instead focus on the promotion of enabling policies, standards, and regulations that will create an enabling environment for the private developers to put up more affordable housing units.

The developer wants the next administration to focus on implementing fiscal, social and economic policies that will bring down cost of construction materials and lower rates on home loans- while allowing private developers to lead on putting up the low-cost housing units.

Mburu said this would promote roll out of mass affordable housing units and allow more Kenyans move to homeownership.

He spoke when he officiated the company’s third handover ceremony- to deliver Pigeon Estate- a14 units development to individual owners.

The 14 units - three-bedroom bungalows are part of more than 69 units the company had earlier announced it would handover to customers over the first half of 2022.

“Provision of affordable housing is key in helping Kenya attain its Vision 2030 goals, by according the citizenry clean and secure dwelling places. This will also improve the quality of lives for many Kenyans by supporting creations of jobs and boosting manufacturing output,” said Mburu.

Through its Affordable Housing Programme(AHP), the government is keen to see more Kenyans own homes.

However, the current administration has not been able to meet its target of delivering 500,000 units within own set five-year deadline.

“This is not failure, rather a learning curve on implementation. Let us say that we were on a pilot stage and now we can pick crucial lessons and make it even better in the next dispensation,” said Mburu.

A number of lenders restructured and review their terms for mortgage loans during the pandemic.
Business
3 weeks ago