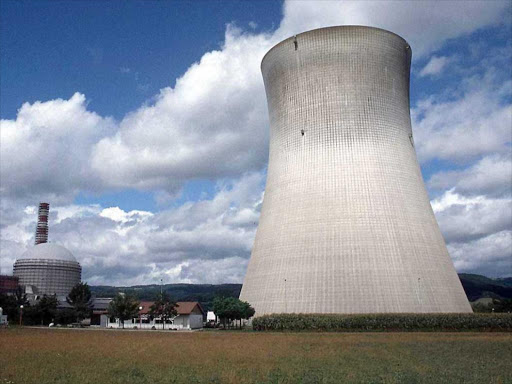 There is a proposal to wind up the Nuclear Power and Energy Agency (NUPEA) and allocate its functions to the Ministry of Energy, citing wastage of funds.

The Statute Law Miscellaneous Amendments) Bill, 2022 by the Leader of Majority Amos Kimunya wants parts of the Energy Act, 2019 that set up the agency repealed in line with recommendations by the Presidential Task Force on Energy.

The report presented to President Uhuru Kenyatta last year states that the agency was created way ahead of its time hence a waste of public funds.

According to the John Ngumi led team, the agency has been receiving at least Sh500 million from the Treasury since 2019 but spends most of the cash on salaries since Kenya's nuclear power generation hopes target 2037.

''It is unlikely that the country will go into nuclear power production in the foreseeable future. It is our considered view that Nuclear Power and Energy Agency (Nupea) to be abolished,'' the task force recommended.

It recommended that mandate of the sector can be handled by the respective sector entities but this requires amendment of Section 56 of the Energy Act.

The task force established that the scope of NUPEA’s mandate involves aspects not related to nuclear energy such as research in other forms of energy and capacity building in other utilities.

It said the cost implication of running NUPEA, as a distinct entity cannot be justified.

The agency is mandated with promoting and implementing  Kenya’s nuclear power programme; undertake research and development for the nuclear form of energy and disseminate information on the efficient use of energy and its conservation.

Kenya’s nuclear power vision received a boost in June last year after the International Atomic Energy Agency (IAEA) said the country is progressing well in becoming a nuclear power country in the next 15 years.

The team said that further work is needed in areas such as the development of a nuclear leadership programme and the ratification of international conventions in the area of nuclear safety.

The 2015 review made 15 recommendations and eight suggestions to assist Kenya in making further progress in its infrastructure development.

It reviewed the status of nuclear infrastructure development using the Phase 1 criteria from the IAEA's Milestones Approach, which provides detailed guidance across three phases of development (consider, prepare, and construct).

Kenya first announced plans to incorporate nuclear power into its great in 2008 with the then government projecting 4,000 megawatts.

A third of the almost 30 countries currently considering nuclear power are in Africa.

Egypt, Ghana, Kenya, Morocco, Niger, Nigeria and Sudan have already engaged with the IAEA to assess their readiness to embark on a nuclear programme.

Algeria, Tunisia, Uganda, and Zambia are also mulling the possibility of nuclear power.

Too early to close Nuclear Authority

It is too early to disband the Kenya Nuclear Power and Energy Authority because government has not yet determined whether clean nuclear power is ...
Opinion
3 weeks ago

Nuclear power should be postponed for now

The Ngumi Task Force is being smart when it proposes that the Nuclear Power and Energy Authority be wound up because the earliest that Kenya plans to ...
Opinion
8 months ago

Trump may be gone, but realism has not yet found its way back to Washington.
Opinion
1 year ago

Russian troops are occupying the sprawling Zaporizhzhia plant by the Dnieper River in southern Ukraine.
News
1 month ago

Statistics show electricity from fossil fuels accounts for about 25% of harmful emissions in the world.
Opinion
1 year ago

The country wants to exploit nuclear technology for energy, medical and other peaceful purposes.
Business
2 years ago

Russian troops are occupying the sprawling Zaporizhzhia plant by the Dnieper River in southern Ukraine.
News
1 month ago

Statistics show electricity from fossil fuels accounts for about 25% of harmful emissions in the world.
Opinion
1 year ago

The country wants to exploit nuclear technology for energy, medical and other peaceful purposes.
Business
2 years ago