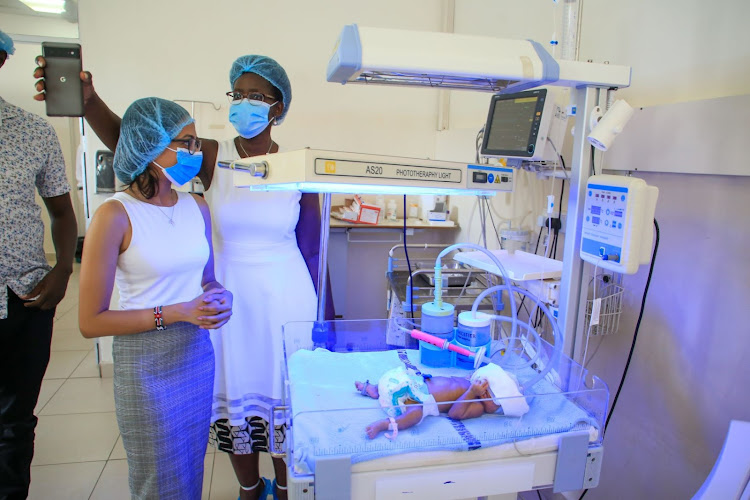 A Kilifi firm has once again put Kenya on the global map, becoming the world’s first manufacturer of a respiratory device that supports neonates and infants with breathing problems, without the need for electricity.

It is considerably cheaper, portable, has components that are re-usable after sterilization, and can be used at any hospital in any part of the country, compared to the normal CPAP systems in the market.

Already, the firm has shipped 120 units to Ukraine as a donation to the troubled country in conjunction with United Nations.

“Newborn babies are the world’s most vulnerable population. Among these are premature babies who struggle to take their first breaths because of their underdeveloped lungs or acute respiratory illnesses,” said Krupali Shah, who leads the Vayu bCPAP project at Revital Healthcare.

Such babies may need to be placed in incubators where there may or may not be controlled the oxygen provided to them, which may lead to various other conditions like blindness, lung damage, brain damage or even death.

According to the World Health Organization, respiratory distress is a leading cause of global child mortality, with nearly 1.1 million neonates dying annually because of pre-term birth complications in South Asia and sub-Saharan Africa.

In Kilifi, over 1,000 cases of neonatal complications are recorded in the 120 functional delivery rooms annually, according to the county health executive

“The top three causes of death are related to oxygen concentration deficiency in the babies including asphyxia,” said Dadu adding that the Vayu bCPAP system will help reduce the mortality rate.

“So far, in the last one month, we have saved at least 10 babies using these devices,” said Dadu.

Maternal and child health ambassador Dorothy Nyong’o, the Kisumu county First Lady, said in Kenya, two out of 10 children who present difficulty in breathing will die because of a lack of adequate equipment to save their lives.

CPAP is one of the evidence-based interventions for improving outcomes in children with pneumonia and respiratory distress.

As of 2018, only 22 facilities in Kenya were using CPAP to improve newborn outcomes because of the expensive acquisition costs.

In Kisumu, there are only five CPAP machines which are in the largest referral hospital, leaving out county and sub-county facilities.

“The five machines are concentrated at the Jaramogi Oginga Odinga Teaching Referral Hospital and even then they are not enough for the babies that are being born every day who need this service,” said Nyong’o.

Already, the devices are in use at the Kenyatta National Hospital, Coast General Teaching and Referral Hospital and Kilifi county referral hospital, in Kenya, the Muhimbili National Hospital in Tanzania and over 15 other countries globally.

CPAP systems exist in the market already, but these use electricity, thus limiting use to specific hospitals and are expensive, with one costing at least $1,500 (approximately Sh175,000).

The Vayu CPAP costs only $400 (approximately Sh46,000) is small in size and is easy to operate and maintain.

“So, with this beautiful, small, portable, re-useable device we are able to overcome these great challenges related to oxygen access and respiratory support and, most importantly, provide hope to the families out there,” said Shah, who is also the Revital Healthcare technical director.

Consultant neonatologist at the Coast General Teaching and Referral Hospital Nayirat Mohamed said neonatal mortality, which is defined as the death of a baby in the first 28 days of birth, remains a significant public health problem worldwide and accounts for 60 per cent of deaths in the low and middle-income countries.

“Revital donated one Vayu bCPAP to CGTRH at the beginning of this month and during this one month we were able to use this machine on three babies, the smallest of which weighed 900 grams,” said Mohamed.

She said giving blended oxygen to neonates instead of pure oxygen reduces the risk of complications like chronic lung diseases.

She called on stakeholders to help make the devices available in all health facilities in the country.

“I would recommend that ambulances, especially in lower-level facilities, be equipped with these machines, especially when it comes to transporting pre-term babies,” said Mohamed.

The device innovator, Thomas Burke, based in the US, gave Revital Healthcare exclusive rights to manufacture the Vayu bCPAP.

Burke said just over 10 per cent of neonates that actually need CPAP devices have access to them because they are expensive and inaccessible.

Revital Healthcare director in charge of sales and marketing Roneek Vora said Burke chose their firm because they are strategically located in Africa. 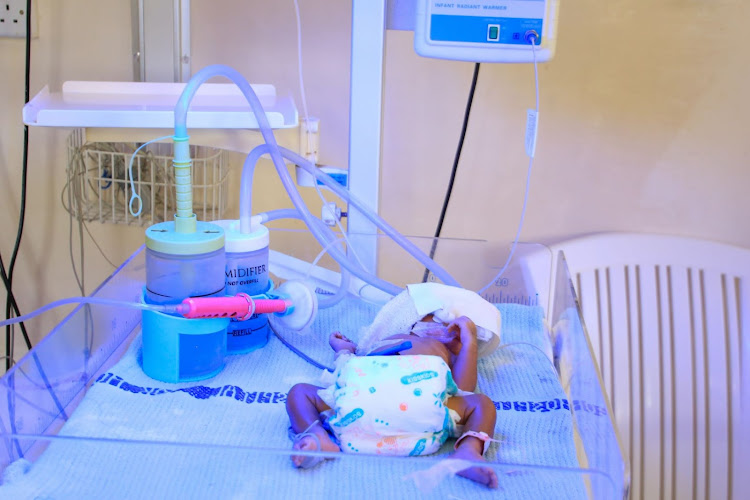 SAVING LIVES A baby on a Vayu BCPAP system at the Coast General Teaching and Referral Hospital on Thursday.
Image: JOHN CHESOLI 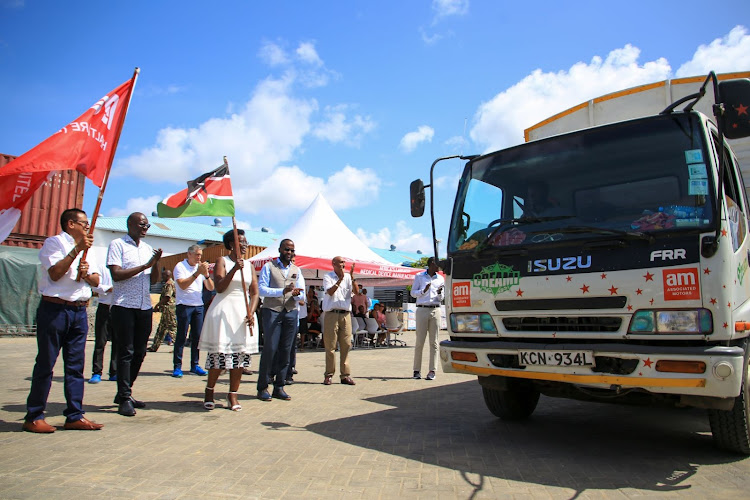