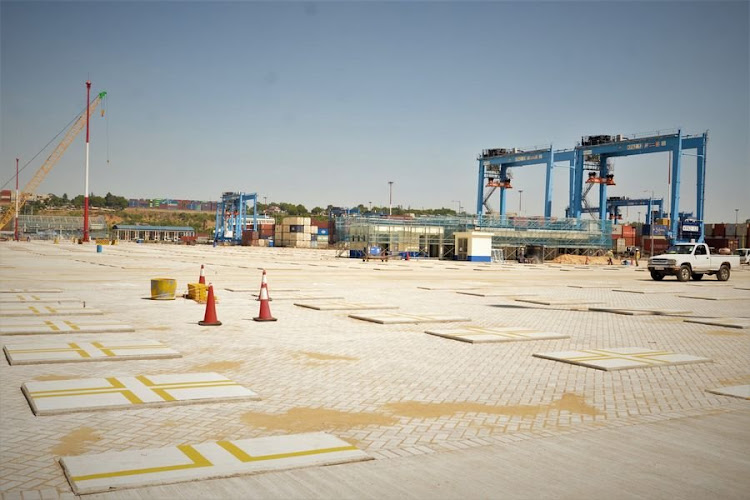 A section of the Sh35 billion phase II of the second container terminal that has been completed at the port of Mombasa.
Image: HANDOUT/KPA

The second phase of the multi-billion shilling second container terminal will be commissioned in June .

A handing-over ceremony will be done soon after KPA and relevant government authorities inspect the project, according to KPA officials.

On Tuesday, a team from Toyo’s head office comprising of Hironori Sahara, the Civil Construction Division Manager and Shuichi Aikawa, General Manager Internal Division confirmed to KPA that the terminal is ready.

They made the announcement during a meeting with KPA’s General Managers Sudi Mwasinago (Cargo operations) and  Abdullahi Samatar (Infrastructure Development).

“Toyo Construction which has been undertaking the construction of the Second Container Terminal at the Port of Mombasa has confirmed that the second phase is complete and ready for operations,” said KPA in a statement.

The construction of the new Sh35 billion facility has been underway since September 2018.

The project was financed through a government-to-government loan facility from the Japanese government under the Japan International Cooperation Agency (Jica).

Kenya will repay it back over a 40-year period.

The first phase of the three-phased project, which was completed in February 2016 and commissioned for operations in September 2016, increased the port’s annual capacity by 550,000 containers.

The second container terminal,  located on 100 acres at Kilindini Harbour, will help ease congestion at the port of Mombasa.

The third and final phase of the Mombasa Port second container terminal is expected to kick off next year, setting the port on track to achieving a capacity of 2.5 million containers annually.

On final completion, the facility will have three berths with quay lengths of 230, 320 and 350 metres. This provides room for the docking of the largest cargo ships.

The project is part of the Mombasa Port Development Programme which targets larger vessels, giving the port a competitive edge over Dar es Salaam and Djibouti ports.