This follows a recent heatwave 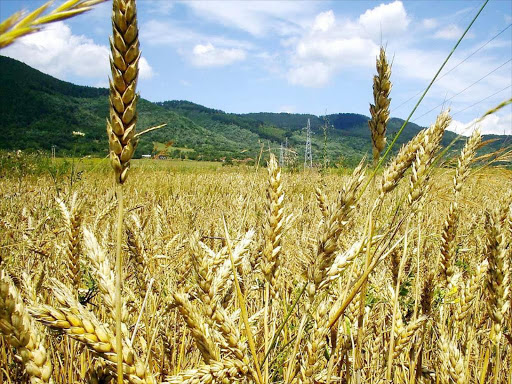 The price of wheat jumped on international markets after India banned the export of the staple cereal.

The benchmark wheat index rose as much as 5.9 per cent in Chicago, the highest it has been in two months.

The cost of everything from bread and cakes to noodles and pasta has risen in recent months as wheat prices soared on world commodity markets.

This further complicates the situation for Kenya which had planned to send inspectors to the Asian country with the hope of revising a decade-long ban amid shortage arising from the Russia-Ukraine crisis.

In an exclusive interview with the Star last week, Cereal Millers Association (CMA) CEO Paloma Fernandes revealed that a team from the Kenya Plant Health Inspectorate Services (Kephis) will be heading to India to conduct a proper risk analysis on the wheat to see if the ban can be lifted.

Kenya banned wheat imports from India due to the fungus Tilletia Indica or Karnal Bunt (KB).

Kenya ordinarily imports over 60 per cent of the wheat supply from Russia and Ukraine combined and is currently experiencing a shortage because of the crisis in the two warring nations.

India's government said it would still allow exports backed by letters of credit that have already been issued, and to countries that request supplies "to meet their food security needs".

Government officials also said the ban was not permanent and could be revised.

However, the decision has been criticised by agriculture ministers from the Group of Seven (G7) nations meeting in Germany.

"If everyone starts to impose export restrictions or to close markets, that would worsen the crisis," German food and agriculture minister Cem Ozdemir said.

The G7 is an organisation of the world's seven largest so-called "advanced" economies, which dominate global trade and the international financial system. They are Canada, France, Germany, Italy, Japan, the UK and the United States.

Although India is the world's second-biggest wheat producer, it has not previously been a major exporter as most of its crop is sold on domestic markets.

But Ukraine's wheat exports plunged after the Russian invasion. And with droughts and floods threatening crops in other major producers, commodity traders were expecting supplies from India to make up for part of the shortfall.

Before the ban, India had aimed to ship a record 10 million tonnes of wheat this year.

Just a week ago, senior officials from India's commerce ministry told me that they were bullish about increasing the country's wheat exports to meet the surge in global demand. They echoed Prime Minister Narendra Modi's statement that "India was ready to feed the world".

So, the ban does seem like a major policy U-turn. It also hints at the government's concerns over rising prices at home. But the decision could cause what one expert described as a foreign policy challenge for India.

Delhi had been making noises to get a waiver from a World Trade Organization rule that makes it difficult for countries to export grains that - as the Indian government routinely does - are bought at a fixed price from farmers for official reserves. And some countries seemed willing to help India find a way to export wheat to the world.

The same countries are now likely to be upset.

Global food prices hit a fresh record high in March after the Ukraine war caused a "giant leap", according to the United Nations (UN).

That came as the conflict cut off supplies from the world's biggest exporter of sunflower oil - Ukraine - which means the costs of alternatives also climbed. The country is also a major producer of cereals such as maize and wheat, which have risen sharply in price too.

The UN said that global food prices eased slightly in April but remain almost 30 per cent higher than the same time last year.

Rising food prices, along with a jump in the cost of energy, have been pushing up inflation around that world.

That has forced major central banks, including the US Federal Reserve and the Bank of England, to raise interest rates in an attempt to rein in rising prices.

That, in turn, has triggered concerns that the higher cost of borrowing could hit global economic growth, with some high-profile commentators warning of a recession.

On Sunday, Lloyd Blankfein, the senior chairman of Wall Street investment banking giant Goldman Sachs, said there is a "very, very high risk" of recession in the US, the world's biggest economy.

Blankfein's comments on CBS's Face the Nation came on the same day as Goldman Sachs economists cut their US economic growth forecasts for this year and next.

Kephis is currently working on a team that will be going to India to study the situation.
Business
1 month ago

Kenya is a huge dependant of wheat imports from the country, and Russia.
Business
1 month ago

Bread prices shoot up by Sh5 to Sh60

Millers say shortage has led to increase of wheat prices to over Sh4,000 per 90kg bag.
News
1 month ago

Kenya is staring at a looming wheat shortage and the price of bread could go up, says expert
Business
1 month ago

Cassava contains up to sixteen times more fiber and four times less digestible sugar.
Sasa
2 months ago
by BY BBC AND VICTOR AMADALA
Kenya
17 May 2022 - 04:00