•This is mainly on global factors such as the high oil prices and disruption in the global supply chain that has led to a short-supply of commodities. 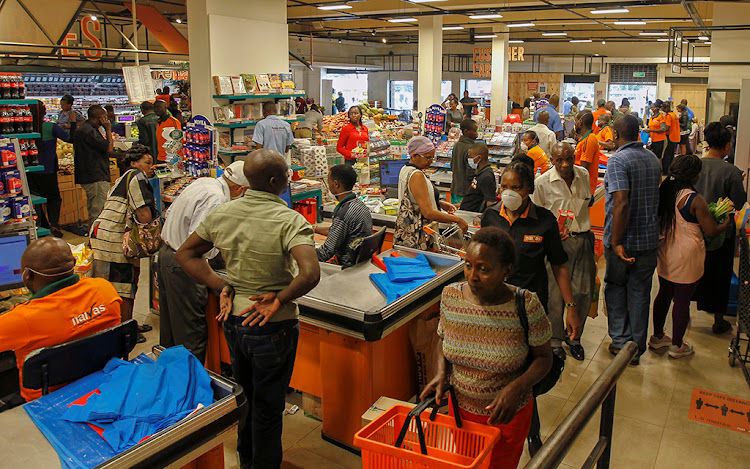 This, he said,  is mainly due to global factors such as the high oil prices and disruption in the global supply chain which has resulted in short-supply of commodities.

Yatani said the Russia-Ukraine war has greatly contributed to this situation.

Freight costs have remained high with the weak shilling against the US dollar further impacting on cost of imports, forcing traders and manufacturers to pass the extra costs to consumers.

His sentiments come after inflation hit a a seven-month high in April, driven mainly by skyrocketing prices of food and fuel.

Commodities that have recorded significant rise in prices include cooking oil whose prices have more than doubled in the last two months.

While the Kenya National Bureau of Statistics (KNBS) data indicates a litre of cooking oil (salad) increased to Sh351.99 in April, from Sh332.4 in March, the current shelf prices are beyond the statistician’s quoted prices, with a litre going for up to Sh500 for some brands.

Wheat prices, maize and fertiliser have also remained high in the global markets with Kenya importing more than 60 per cent of wheat from Russia and Ukraine.

This has reflected on shelve prices in the local market where prices of bread for instance have increased by Sh5, with a 400gm loaf now going for Sh60.

The high cost of fertiliser imports has also started to be felt locally about two months since the war started.

Global DAP fertiliser prices have increased by more than 25 per cent which has seen a bag for for Sh5,700, up from Sh2,500 a year ago.

Global crude oil prices which have remained above the $100 per barrel since March add to pressure being felt in the local market, where transport, agricultural production and manufacturing costs have been impacted.

Last month, both petrol and diesel pump prices went up by Sh5 per litre.

The recent poor rains also affected food production with the dairy sector being hard hit, leading to a shortage of milk and an increase of up to Sh5 on the commodity’s retail prices.

“The situation might get even harder for us and the globe,” CS Yatani said yesterday noting that sanctions (on Russia) has affected movement of goods.

He spoke during the launch of the Economic Survey 2022, an annual publication focusing on the socio-economic highlights of the economy for the last five years.

The report forms an important source of input into the budgeting, planning, monitoring and policy formulation for national development policy and investment decisions.

According to the survey, the country’s inflation hit a four-year high last year, touching 6.1 per cent, up from 4.7 per cent in 2018.

“In 2021, transport index recorded the highest inflation rate of 12.3 per cent on account of increased prices of petrol and diesel,” the survey reads in part.

The Economic Survey(2022) indicates the country's growth however rebounded to 7.5 per cent last year, from a contraction of 0.3 per cent, as the economy recovered from the impact of the Covid-19 pandemic.

The growth was driven mainly by education, accommodation and food services.
News
2 weeks ago
WATCH: The biggest news in African Business
by MARTIN MWITA Business Writer
Kenya
05 May 2022 - 18:00