Initiative targets those in product manufacturing space, brand artists and other creatives.

•The move is expected to help SMEs refresh their brand and product identity in order to boost sales.

•Brand artists include graphic and visual designers, as well as voice and musical arts for brands. 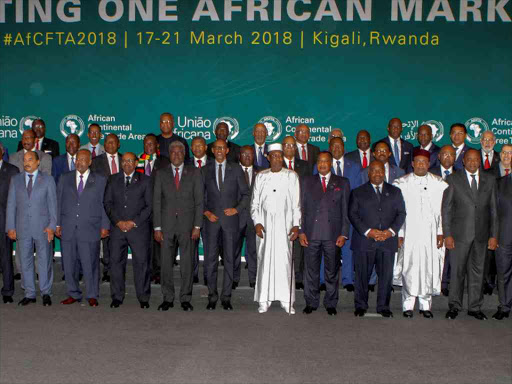 Kenyan SMEs and startups have been urged to participate in the African Continental Free Trade Area (AfCFTA) hackathon, designed for manufacturers and creatives in the branding industry.

The hackathon, which was launched to commemorate AfCFTA third anniversary in May, will see brand artists showcase their potential in refreshing brand identity for SMEs in a bid to boost their sales.

Secretary-General Wamkele Mene and the AfCFTA Champion, former President of Niger, Mahamadou Issoufou, are keen to have SMEs, startups in the product manufacturing space, and brand artists and other brand creative benefit and support each other.

The move is expected to help SMEs refresh their brand and product identity in order to boost sales.

Brand artists include graphic and visual designers, as well as voice and musical arts for brands.

“The best collaborative output as judged by the AfCFTA hackathon mall and supermarket partners shall be recognised with prizes and spotlighting opportunities across Africa during the third-anniversary celebration,” the secretariat says in a statement.

AfCFTA is a flagship project of Agenda 2063 of the African Union — Africa’s own development vision.

It was approved by the 18th ordinary Session of Assembly of Heads of State and Government, held in Addis Ababa, Ethiopia in January 2012, which adopted the decision to establish a continental free trade area.

This initiative whose immediate implementation would provide quick wins, impact on socio-economic development and enhance confidence and the commitment of Africans as the owners and drivers of Agenda 2063.

World Bank estimated the new market, created under the AfCFTA to be as large as 1.3 billion people across Africa.
Business
9 months ago

Africa tries to buffer itself from effects of Ukraine war

Governments are ramping up economic response to disruptions
News
9 months ago
WATCH: The biggest news in African Business
Post a comment
WATCH: The latest videos from the Star
by MARTIN MWITA Business Writer
Kenya
03 May 2022 - 15:00
Read The E-Paper