Bondholders on record as of April 13 to be paid starting Thursday.

•Bondholders on record as of April 13 to be paid starting Thursday. 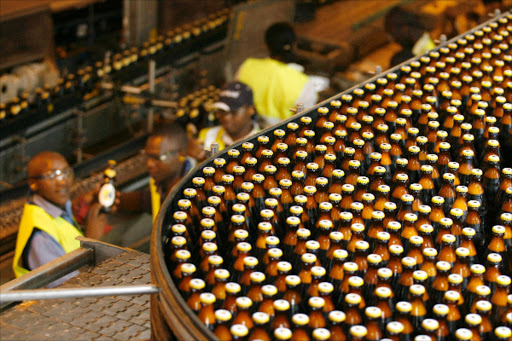 EABL said only bondholders on record as of April 13, will receive payments in accordance with the bond's terms and conditions.

The five-year, fixed-rate instrument was offered at an interest rate of 12.25 per cent payable semi-annually.

It was issued in October 2021 and saw investors bid Sh37.9 billion in the issuing round, representing an over subscription of 275 per cent and signalling renewed investor confidence in a previously troubled local bond market.

"As we celebrate 100 years since this company was founded, we thank the investor community for continued trust and support to our business,” she said.

The EABL medium-term note was ranked among the top corporate deals transacted in Africa in 2021 by the Bond and Loans Awards.

The award recognises the most innovative and ground-breaking deals from sovereign, corporate and financial institution issuers and borrowers. It named the EABL bond the Local Currency Corporate Bond Deal of the Year.

The bond was issued in October last year and saw investors bid Sh37.9 billion ($333 million) in the issuing round, representing an over subscription of 275 per cent, a record for EABL.

EABL offered the five-year, fixed-rate instrument at an interest rate of 12.25 per cent, payable semi-annually.

The offer was opened on October 6 and closed on October 21, and was listed for trading on the Nairobi Securities Exchange from November 1.

The company said the over subscription signified​ the trust stakeholders have in the EABL brand, celebrating 100 years of the Kenya Breweries Limited brand.

“When we issued this bond, we had confidence in the operating environment as we had studied the economy during this pandemic era.”EABL Group CFO Risper Genga-Ohaga said after the award ceremony.

At least three major private bonds have been floated in the country in past one year
Business
1 year ago
Post a comment
WATCH: The latest videos from the Star
by SHARON MAOMBO Business Writer
Kenya
28 April 2022 - 16:00
Read The E-Paper