Economists liken the cushion plan to a thief who snatches Sh100 and return Sh20, expecting to be applauded. 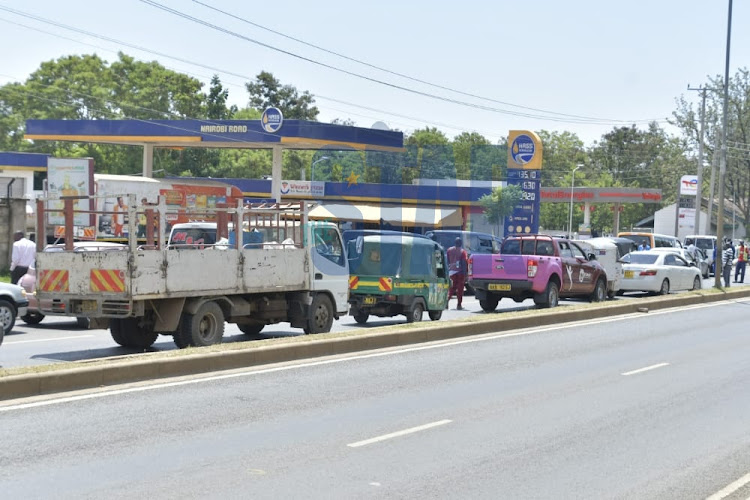 Kenyan consumers are enjoying the cheapest fuel in East and Southern Africa, thanks to the ongoing government's subsidy programme meant to cushion them from volatilities in the global market.

Yesterday, the government announced monthly retail prices for the month to May 14.

Global fuel prices have been rising in the past month following a supply chain disruption caused by Russia's invasion of Ukraine, hitting a high of $118 per barrel in March.

Although the fuel subsidy has been a blessing to consumers, it recently turned into a bitter pill, escalating fuel shortage in the country that has seen a litre of petrol retail for as high as Sh300.

While the government has accused oil marketers of hoarding the product hence the shortage, dealers have faulted the state for holding on to the subsidy compensation funds, limiting their supply power.

This tiff between the government and oil marketers has exposed gaps in the subsidy plan, with various entities questioning the sustainability of the programme.

The global supply chain disruption brought about by Covid-19 saw fuel prices rise, with the spiral effect spilling to other sectors, pushing up the cost of living.

To cushion families, the government raised the petrol levy to Sh5.40 from Sh0.40 in July 2020 and committed to adding about Sh2 billion every month to the kitty to cushion consumers from price hikes.

While the collection of the funds, estimated at Sh5 billion per month starting in 2020, stabilization of pump prices began from the April-May 2021 pricing cycle.

The National Treasury is in charge of the collection of the fund and is the ideal entity to avail data on the amounts collected.

After releasing the funds for the first three months, faced with a cash crunch, the exchequer started diverting the subsidy, leaving suppliers high and dry.

In September last year, Kenya witnessed some of the highest fuel prices after OMCs who had not been compensated walked out of the government's deal, protesting delayed disbursement of the kitty.

The National Treasury had diverted Sh18.1 billion meant for the stabilisation of fuel prices to fund energy and infrastructure projects.

The permanent secretary at the exchequer Julius Muia told the National Assembly's Finance Committee that part of the money was used to defray the Standard Gauge Railway SGR operational costs.

High fuel prices sparked a countrywide uproar that saw the government call oil dears on the table. The subsidy plan resumed amid a high level of skepticism by both government officials and the private sector.

In February, the National Treasury termed the programme as unsustainable, saying that more resources are needed to cover for oil dealers' margins as global prices rise.

Even so, while reading the 2022/23 budget, CS Ukur Yatani said the programme will continue till end of the current financial year.

Following yesterday's price review, oil marketers will be compensated Sh29.08 per litre of petrol, Sh40.24 per litre of diesel and Sh26.45 for kerosene.

This is an increase of at least Sh10 per litre compared to the previous margin.

The strain on the kitty is set to increase in the coming months on the continued rise in prices of crude globally amid a tight supply and fresh fears of supply disruptions in the wake of the Russia-Ukraine standoff.

While opposing the subsidy plan, economists want the government to rethink tax on fuel, especially the Value Added Tax (VAT) introduced in 2019.

"Tax component on fuel alone accounts for 52 per cent of the total price. You can't be taking over Sh60 shillings in taxes and give back Sh20 and call that a subsidy,'' Wambani said.

His sentiments are echoed by his colleague Julius who likens the subsidy plan to a thief who snatches Sh100 and returns Sh20, expecting to be applauded.

On Thursday, the government revealed that it has paid oil marketers Sh34.6 billion out of Sh49.16 billion since the plan started in April last year.

Without the cushion, a litre of petrol will have traded at Sh173.70
News
1 month ago

More than half of Kakamega town service stations lacked gas over the weekend.
Business
1 month ago