Demand for electric cars to double as fuel crisis deepens

There are around 100 electric cars in the country 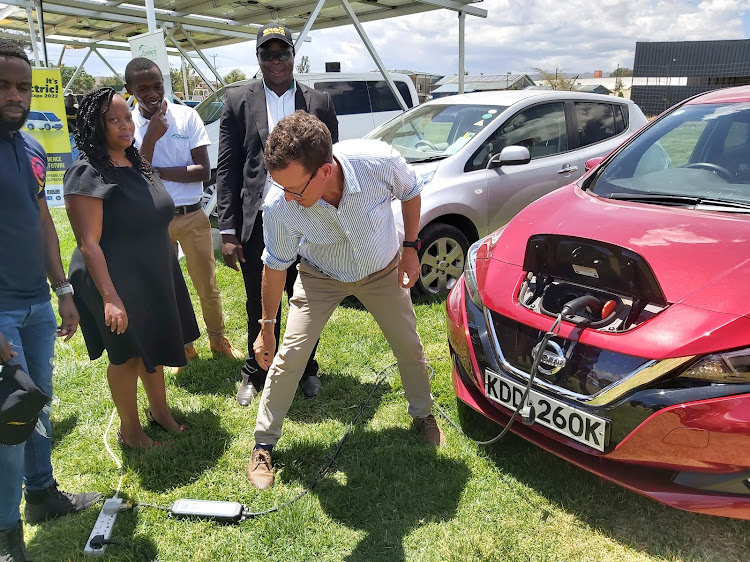 As the fuel crisis in the country deepens, manufacturers of electric vehicles are projecting a major rise in demand for the cars that are environmentally clean.

They have noted that demand for the cars had doubled in the last couple of months as the prices of fuel continued to rise amid an acute shortage.

According to Micah Kenneth, Bolt regional manager for East Africa, they were keen to expand their services to other counties as demand for the electric cars continued to rise.

He said that currently, the country had around 100 electric cars all located within Nairobi adding that in total they had done over 1m trips since last year.

“We project that the number of electric cars will double in one year and rise by five times in the next five year as more people are keen on this technology,” he said.

Speaking in Naivasha during an expo for the EVs, Micah added that the cost of running the vehicles was 40 percent cheaper compared to the ones using petrol and diesel.

“Currently the biggest challenge is the charging stations as nearly all of them are located in Nairobi but this is being addressed,” he said.

On her part, Bertha Mvati, the MD Vaell leasing company noted that the fuel crisis had fueled the demand for the electric vehicles as they were environmentally friendly.

She admitted that the lack of charging stations remained a challenge for many customers but was optimistic that this would be addressed in the coming months.

“There are fears of the unknown and hence the need for more awareness and the manufacturers of the cars are planning to move out of Nairobi to other major towns,” she said.

Speaking during the expo, the CEO Zino Motors Michael Spencer announced the introduction of an electric motorcycle into the Kenyan market.

He termed the motorcycles as very efficient adding that they were still monitoring the market and engaging their customers.

“As part of our package we shall introduce the electric motorcycles and their charging stations so as to meet consumer demands,” he said.

One of the beneficiaries of the electric vehicles Tom Morton said that maintenance of the car was cheaper, adding that he was charging the car in his home.

“Though charging using electricity is slower at home, it’s cheaper than using fuel whose prices are rising by the day,” he said.

The shareholders said Musk, made "materially false and misleading statements and omissions".
Business
1 month ago

It says the software does not make its vehicles autonomous, and requires driver supervision.
Sasa
1 month ago

The company is currently courting companies to work with.
Business
2 months ago
by GEORGE MURAGE CORRESPONDENT
Kenya
15 April 2022 - 17:20