It has cited global inflation, supply disruptions and climate shocks. 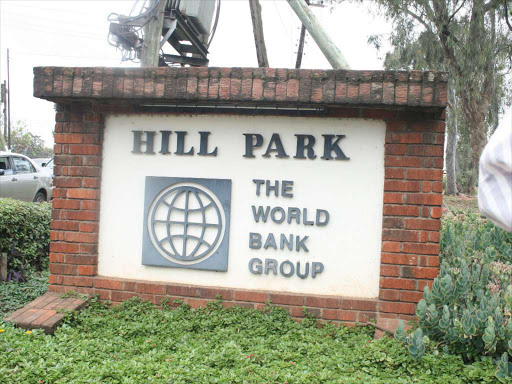 On Wednesday, the global lender slashed the region's growth prospects to 3.6 per cent from  last September's four per cent estimate.

The lender said global commodity prices are increasing at a faster pace since the onset of the conflict between Russia and Ukraine, adding to the region’s growth challenges.

Russia is the world’s largest exporter of fertiliser and together with Ukraine account for a substantial share of wheat, corn and seed oil imports, all of which may be halted if the conflict persists.

The analysis notes that the high fuel and food prices will translate into higher inflation across African countries, hurting poor and vulnerable citizens, especially those living in urban areas.

The lender is concerned that there is an increased likelihood of civil strife as a result of food and energy-fueled inflation, particularly in the current environment of heightened political instability.

The analysis notes that recovery remains uneven, incomplete and happening at varied rates of speed across the region.

Of the region’s three largest economies—Angola, Nigeria, and South Africa—growth in South Africa is expected to decline by 2.8 percentage points in 2022, dragged by persistent structural constraints.

Angola and Nigeria are expected to continue their growth momentum in 2022, up by 2.7 and 0.2 percentage points respectively, in part due to elevated oil prices and good performance in the non-oil sector.

The DRC and Zambia are expected to benefit from rising metal prices in the short and medium-term and gain from the transition away from fossil fuels in the long term.

Rwanda and Seychelles are expected to register the biggest decline in 2022, down by 4.1 percent, and 3.3 percent respectively.

The growth trajectory for Cameroon, which has a somewhat diversified economy, shows sustained robust performance, reaching 4.4 percent in 2024.

Ghana's economy is projected to pick up pace in 2022, growing by 5.5 percent, then slowing gradually to five per cent in 2024, lower than the seven per cent pre-pandemic growth.

The report also highlights the importance of expanding social protection programs beyond safety nets to strengthen economic resilience and responsiveness to shocks, particularly for poor and vulnerable households.

It has recommended the development of social insurance, savings and labor market programmes that contribute to economic resilience by protecting urban informal workers and helping the population invest in their health and education.

It had projected the country's GDP to expand 4.5% in April
Business
7 months ago

The continent’s economy will decline by 3.3 per cent this year, the region’s first recession in 25 years.
Business
1 year ago

Fast food restaurants are expected to be the quickest to recover from the Covid-19 crisis, the KnightFrank Africa Market Pulse Survey shows.
Business
1 year ago

The downward growth revision in 2020 reflects macroeconomic risks arising from the sharp decline in output growth among the region’s key trading ...
Business
2 years ago

East Africa’s GDP is forecast to decline by 4.5 per cent compared with the no-COVID scenario, a better performance than in any other sub region
Business
2 years ago
by VICTOR AMADALA Business Writer
Kenya
14 April 2022 - 05:00