Most Kenyans seemed oblivious of the budget.

•Philip, a worker in NGO sector, said  the cost of living is going up both in high and low end markets and he felt that was not covered directly.

•'Most Kenyans seemed oblivious of the budget with some saying they 'did not expect a miracle'. 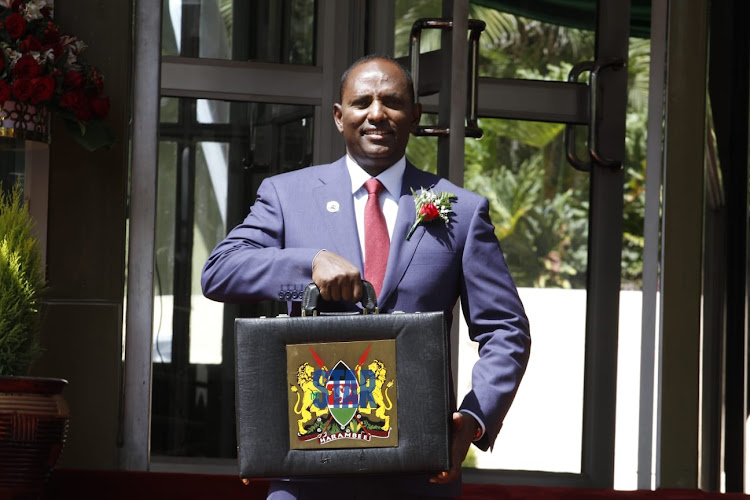 There were mixed reactions from members of the public after Treasury CS Ukur Yatani read the 2022-2023 budget.

In all the sector allocations, tax readings and amendment proposals, Kenyans seem to have different opinions.

However, what stood out this year is that most Kenyans seemed oblivious of the budget with some saying they 'did not expect a miracle'.

The education sector got Sh525.9 billion out of the Sh3.3 trillion national budget as the Affordable Housing Programme which is key in the Big 4 Agenda received Sh27.7 billion.

Philip, a worker in the NGO sector, said the cost of living is going up both in high and low-end markets and he felt that was not covered directly.

"The government needs to look at why it’s going up and areas that something can be done to reduce costs, especially basic commodities. Current debts are also worrying because the impact will be felt with our children," Philip told the Star.

"I don’t expect miracles. Mahali maisha imefika tumeekwa kamba kwa shingo. I don’t care whether or not the budget is read because it wouldn’t make my life any simpler, I’m handling my burden all on my own. Times are getting tough," another Nairobi resident said.

Charles Mwite said: "I was looking forward to deductions in the cost of living because these are basic things that actually affect the common man and the increase of fuel price is making life unbearable, I hoped the government could do something to alleviate pain for the common mwananchi".

Vitalis Adika, a worker at mabati rollings said: "We used to buy a litre of cooking oil at Sh170 but is currently retailing at Sh 360. Cost of living is constantly rising and becoming unbearable for common mwananchi."

Albert Masinde, a motorbike rider said the government shut down their operations out of nowhere and they were ordered to get a KRA pin, good conduct and insurance.

"While we are in the process, suddenly fuel is a problem. As a boda boda rider where should I get the money to do all that?" he asked.

He added that they are facing it hard and although taking insurance cover for their customers is a good thing, he hopes it will be affordable.