How Airbnbs are eating into hotel businesses

Airbnb, has listed more rooms for rent than any hotel chain in the world.

•Data from the CBK shows the overall bed occupancy rate averaged 23 per cent in November 2020 and October 2020 compared to 24 percent in September and 10 per cent in May 2020.

•On average, hotel bed occupancy has continued to recover after the Covid-19 pandemic, albeit slowly. 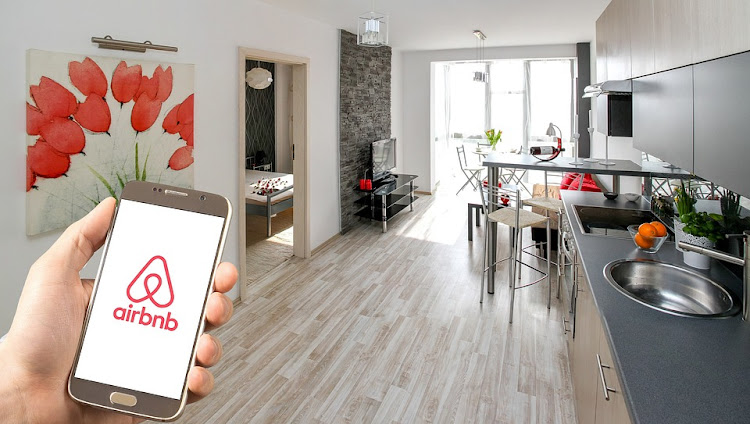 A traveller uses the Airbnb app to find a home
Image: PIXABAY

Airbnb business has gradually taken space in the hospitality industry, eating into the hotel business.

On average, bed occupancy has continued to recover after the Covid-19 pandemic, albeit slowly.

Data from the CBK shows the overall bed occupancy rate averaged 23 per cent in November 2020 and October 2020 compared to 24 percent in September and 10 per cent in May 2020.

Meanwhile, the Internet has provided a platform for Airbnbs, which were created in 2008 as a cheaper means of accommodation to the average customer, to blossom.

Airbnb, has listed more rooms for rent than any hotel chain in the world, this is according to data from vacation rental research firm AirDNA.

Airbnb, has experienced divergent growth and presence across Kenya in the last years with Nairobi leading in number of units put up for this type of accommodation.

In 2018, Nairobi was ranked third, amongst cities with the highest number of Airbnb facilities in Africa.

Kenya currently has nearly 20,000 listings on the platform, as KRA has approved various taxes and permits to allow one to list their home for travelers accommodation.

The average daily cost of leasing Nairobi homes through the short-term house rental platform is currently Sh4,969 which is a drop from Sh5,585 charged in January.

According to data from AirDNA, Airbnb hosts were charging a daily  average of Sh4,607 in May last year.

As most hotels either closed or scaled down their operations due to public health measures taken to prevent the spread of the pandemic as well significant reduction in the number of patrons, Airbnb units mushroomed in various estates in the country.

Linet Ambani rents a one bedroom house in South b which she has named Lynets Gem that she lets as a holiday home.

Ambani says her two years experience of being an Airbnb host has been great even with occasional slow seasons.

"The business has been a bit slow because a lot of people re now setting up rentals creating some competition. Even so, the business is fairing well," she said.

The lucrative sector has attracted a huge number of investors for various reasons.

Airbnb is a prime example of a company that has effectively leveraged the Internet to grow from small business to industry titan.

Reduced startup costs and the ability to reach a broad customer base has allowed individuals and smaller companies to compete with their larger counterparts for the same consumer dollar.

Many companies have used this platform to grow their business and become household names in their respective industries.

Airbnb unlike hotels cater for a range of customer. From couples looking for a romantic honeymoon destination in Kenya, to friends groups looking for a weekend getaway less than an hour from Nairobi to target groups of travelers who need large, but basic accommodation and much more.

Most of the properties listed on Airbnb are located in middle class locations, including Kileleshwa, Westlands, Lavington, Kilimani, Yaya, South B, Valley Arcade.

Airbnb’s growth can be understood as a function of supply and demand.

The hosts have thHow Airbnbs are eating into hotel businessese discretion to rent on any particular day, giving them the flexibility to respond to changes in demands for accommodation.

Ambani who rents on Airbnb platform to make extra income on the side says the venture is convenient and fairly easy due to the availability of self check out option.

In cities where demand for lodging is high, supply is often constrained, causing prices to go up.

In such environments, Airbnb hosts, who generally have greater flexibility and lower operating costs than hotels, are well positioned to take advantage of spikes in demand.

Unlike hotels, AIrbnbs enable one to  manage and maintain their own listing which reduces their operation costs significantly.

Communication is also made very easy by the platform allowing a high response rate and therefore a consistent rotation of satisfied clients.

An additional value-add by Airbnb is that they offer a KES. 1 Million damage insurance for any damages that could be caused by the guest. High-profit margins are made possible as long as a host takes the time to manage, promote and optimize their listing.