Africans petition for 15 million jobs to be created annually

"Job creation can no longer be an issue that is side-lined, but it must be tackled alongside all human needs such as healthcare and education"-Ikhuoria

•While 10 to 12 million youth enter the workforce each year, only 3 million formal jobs are created, leaving more than half of the new entrants into the labour market unemployed.

•Kenya holds the dubious distinction of being the country with the largest number of unemployed youth in East Africa according to a World Bank report. 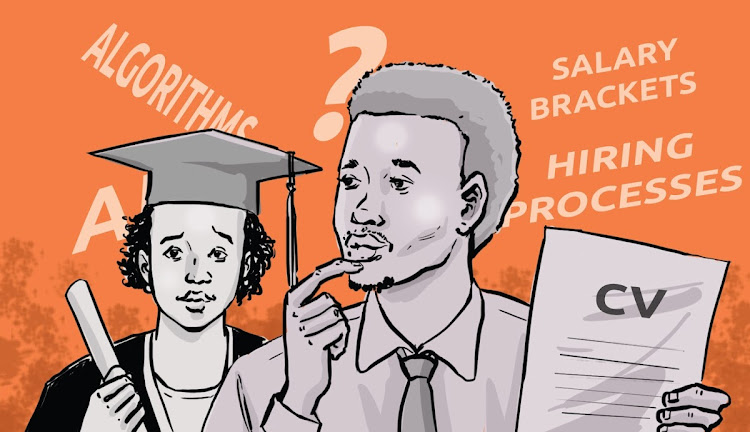 African governments and the private sector have been asked to create at least 15 million decent jobs for the continent by 2025 if they are serious about making a dent in the unemployment crisis.

This is according to a new charter, "The People’s Charter on Jobs in Africa" launched today.

It is an interactive tool created by the Jobs Now Africa Coalition as part of its new #JobsNowAfrica Campaign.

The charter is designed to outline the scale of the urgent crisis where the public is encouraged to petition to urge governments and non-state partners to prioritize this pressing issue.

“Too much is at stake for us to continue with the current business-as-usual approach. Job creation must not be an afterthought but rather, tackled alongside other priorities such as pandemic recovery, healthcare and education,” said Edwin Ikhuoria, executive director, ONE Campaign.

Unemployment is a global problem and presents a particularly difficult labor market experience for youth.

In Africa especially, unemployment and underemployment continue to be major obstacles to the full utilization of human resources despite relatively strong growth in the region over the last decade.

Kenya holds the dubious distinction of being the country with the largest number of unemployed youth in East Africa according to a World Bank report.

Roy Telewa, National Youth Council CEO, Kenya said: “The population of young people is growing faster than the ability of the continent to create job opportunities for them, and the gap is widening. That’s why #JobsNowAfrica is the contemporary discussion to have.”

They have been asked to focus on 'job-rich sectors' with the potential to employ the workforce, including agriculture, trade, manufacturing, ICT, mining, tourism and creative industries.

Secondly, they are to optimise the African Continental Free Trade Area and facilitate processes that make it easy to do business in the continent.

Other suggestions include ensuring safe and dignified employment for the youth of the continent and listening to youth concerns, empowering and involving them in decisions and actions on jobs.

According to the African Development Bank, in 2015, one-third of Africa's then 420 million young people between 15 and 35 years old were unemployed.

With Africa’s population expected to double and reach 2.5 billion people by 2050, Africa’s jobless youth risks casting a shadow over its economic growth.

While 10 to 12 million youth enter the workforce each year, only 3 million formal jobs are created, leaving more than half of the new entrants into the labour market unemployed.

“The African continent is facing an unprecedented unemployment crisis that has been exacerbated by the COVID-19 pandemic. We cannot afford to keep turning a blind eye to this pressing issue that has fueled the rising instability and insecurity across the region,” said Ikhuoria.

He added that many youths are discouraged and slowly losing their spark and excitement for the future, and it’s shameful that not more is done to support them.

Losing family was the rated the most feared followed by getting very sick.
Business
8 months ago

PS said there is a need to train technologists, technicians and artisans in TVET institutions
Counties
8 months ago

Our priority is creating jobs for Kenyans, not positions, Ruto says

Ruto said that he will prioritise on the Big Four Agenda.
News
8 months ago

It is up to community leaders, African influencers and the captains of industry to promote a ‘reduce, reuse and recycle’ mindset.
Opinion
8 months ago
Post a comment
WATCH: The latest videos from the Star
by BY OLIVIA ADHIAMBO
Kenya
03 April 2022 - 13:47
Read The E-Paper