Company in the process of completing an acquisition deal.

•There have been concerns by a section of the public over rejection of its medical covers by a number of health facilities.

•Management yesterday said the company is in the middle of completing an investment deal, and this has led to interruptions in its capital. 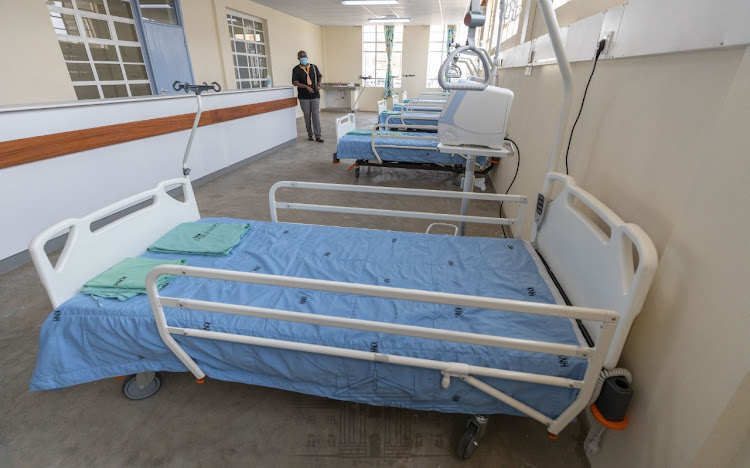 Resolution Insurance has stopped underwriting of new non-medical business with effect from March 27, for a period of three months.

It will also not be renewing any expired contracts under the segment, as the company navigates through a tough acquisition process that has affected its capital.

Global insurance solutions provider Linkham Group made a move for a majority stake in Resolution Insurance last year, after agreeing to purchase 100 percent of the equity holding of investment firm–LeapFrog Investments, for an undisclosed amount.

The Competition Authority approved the acquisition in the financial year 2020-2021, the regulator has confirmed. The Insurance Regulatory Authority(IRA) also gave them a go-ahead.

However, the deal has experienced significant delays thereby exposing the company to heavy working capital constraints, management has said.

This continues to affect normal operations with the greatest impact being service interruptions from majority of its service providers.

This exposes the policyholders and the company to huge cash-flow risks should a claim arise.

"In consultation with the regulator, it has been decided to stop underwriting of all new or renewing non-medical business for a period of 90 days. This is a precautionary measure to safeguard the interest of all our policyholders," Githinji says in an internal memo seen by the Star.

The move will also provide an opportunity to de-risk and restructure the general business book, management notes.

Meanwhile, the Resolution Group board is in the process of of nominating new directors into the board of Resolution Insurance, to be submitted to the regulator for approval.

Githinji continues as the acting managing director and principal officer.

"Going forward, our strong focus shall be on sustaining and growing the medical business, mitigating the adverse outcomes of suspending general business underwriting and eliminating non-core processes and structures," Githinji said.

The firm hopes to finalize on capital raising and take immediate measures to normalise operations.

The acquisition process of a majority stake in Resolution Insurance by the UK-based-Linkham Group has hit the company’s capital, as a number of hospitals shun its health covers.

Among the most recent casualties is the Embassy of Chile in Nairobi which recently wrote to the firm seeking a refund of services not rendered.

There have been other complaints and concerns by a section of the public over rejection of its medical covers by a number of health facilities.

According to Chilean ambassador Maria Guerra ambassador, the staff of the embassy has not been receiving any actual or complete services according to the amount paid.

This is under a renewed cycle running from September 1, last year to August 31 this year.

The embassy also requested a refund of services not rendered so that it contract another insurer for its staff.

The insurer however told the Star the issue had been resolved.

The insurance firm was founded by businessman Peter Nduati in 2002 as Resolution Health, a medical insurance provider in Kenya.

It changed its name to Resolution Insurance in 2013 as it expanded into the region, a time when Nduati sold his business.

Meanwhile, the Consumer Federation of Kenya (Cofek) has raised concerns over over what it terms "rot" in the insurance sector, where underwriters are said to be shortchanging policyholders.

Claims and benefits at a high of Sh164 billion.
Business
3 months ago