This has been witnessed in countries such as Nigeria and Kenya.

•It also seeks to enhance understanding of housing affordability as it pertains to the demand and supply sides in the context of African countries. 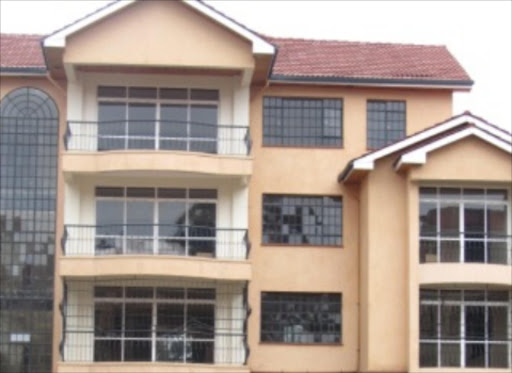 Three-bedroom apartments on sale for Sh20 million each in Kilimani, Nairobi/FILE

Newly-built houses in cities across Africa are still not affordable to the majority of the urban population, Shelter Afrique now says, leading to high vacancy rates.

This has been witnessed in countries such as Nigeria and Kenya, it says.

According to the a pan African housing finance and development institution, the push for housing development across Africa has led to a boom in new homes, but high construction costs, infrastructure, land and compliance costs mean the majority of such houses are too expensive for those who need them most.

“In most countries in Africa, even the cheapest newly-built house is still not affordable. Developer-built housing typically targets the higher end, and is rarely delivered at scale,” notes Muhammad Gambo, head of policy, research and partnerships at Shelter Afrique.

Even a $20 000 (Sh2.2million)house is unaffordable for the majority–and these are only available in limited projects, Gambo adds.

He said poor affordability targeting could put pressure on governments to provide further subsidy as in the case of Vision City in Kigali, Rwanda, or in the Kilamba development in Angola, and at the same time impose target price that cannot be feasibly delivered by a developer.

Shelter Afrique was established by African governments to address the need for a sustainable housing delivery system and related infrastructure projects in Africa.

It has launched a ‘Housing Affordability Calculator’ which will help the company better address issues of housing affordability in order to improve viability of affordable housing projects in Africa.

“The question of what is affordable is pervasive, but the answer still eludes us. Basically, housing affordability is a function of the purchase price, finance and the cost of living," Gambo said.

However, if household affordability is not accurately gauged by public or private sector developers, then there is a serious risk that there will be insufficient effective demand by households to purchase or rent the houses produced, he added.

He further noted that the viability of affordable housing projects depends upon accurate methods for gauging household (or buyer) affordability and achieving unit costs that meet those affordability constraints.

Each tenant will be allocated a new house for which they will pay Sh8,000 monthly for 30 years.
Counties
3 months ago
WATCH: The biggest news in African Business
by MARTIN MWITA Business Writer
Kenya
25 March 2022 - 11:43