The exchequer want public loans capped at 55 per cent of GDP in the present value term. 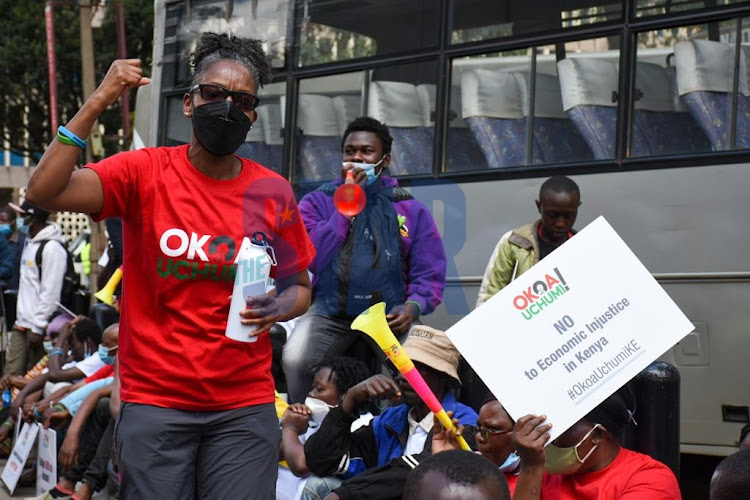 A section of economists and civil society groups are opposed to the government's plan to revert the debt ceiling to a measure of GDP as opposed to an absolute figure.

On Tuesday, the National Treasury issued a notice seeking to amend the Public Finance Management Act, 2012, to cap borrowing at 55 per cent of GDP in the present value term.

Latest official data puts the country's GDP at 10.7 trillion and with a borrowing cap of 55 percent, this limits the amount to be borrowed to Sh5.88 trillion.

The country’s total public debt was computed at Sh8.2 trillion as of December 31 last year. This means that the country’s debt to GDP is at just above 76 per cent.

The country pushed the debt ceiling to Sh9.1 trillion in 2019 from Sh6 trillion and has been contemplating pushing it to Sh13 trillion or Sh15 trillion.

The Institute for Social Accountability (TISA) termed the move a ploy to hoodwink the public on the true picture of the country’s debt position.

“What happened to the debt ceiling? What is the exchequer going to do differently considering that the same parameter has been unsuccessfully used before?’’ Gikonyo said.

She said an absolute figure debt ceiling can easily be tracked by the public and keeps the government in check .

Gikonyo called on the National Treasury to tame its debt appetite to lower the payment obligation that has seen the cost of living skyrocket on a high tax regime.

Kenya had for the longest time used the Debt to GDP to measure borrowing sustainability and had hit the 65 per cent market by the time of introducing the Sh9.1 trillion ceiling.

The International Monitory Fund (IMF) caps borrowing at 72 per cent of GDP. A country that surpasses this limit is considered to be in debt distress.

According to the Institute of Economic Affairs (IEA), a country’s international finance is healthier when the ratio is low. For most countries, the ratio is between 0 and 20 per cent.

Last year, the World Bank estimated Kenya’s debt to exports at slightly above 30 per cent.

Economist James Mayo doubts the possibility of Kenya cutting its debt below 60 per cent of GDP in present terms.

“There is low transparency in government’s figures, especially on debt. The government will have a monopoly on figures hence curtailing truth around sustainability,’’ Mayo said.

He added that the debt ceiling in absolute figures is good as it prevents the government from over-stretching.

On Tuesday, The Institute of Public Finance Kenya (IPFK) launched the second edition of the National Annual Shadow Budget where it lamented the country’s high debt.

Speaking during the launch, IPFK’s chief executive officer, James Muraguri, pointed out that, ‘‘Kenya’s risk to debt distress remains high with the government sending more than half of taxes collected on debt service repayments.

He called on the government to live within its means to avoid unnecessary borrowing .

The International Monetary Fund (IMF) caps debt to GDP at 72 per cent.
Business
8 months ago
Post a comment
WATCH: The latest videos from the Star
by VICTOR AMADALA Business Writer
Kenya
10 March 2022 - 04:00
Read The E-Paper