•The price jump came with a reduction on volumes traded this week which was 1,833,104 kilos less than last week.

•The strong dollar against the shilling continues to give farmers more in terms of earnings. 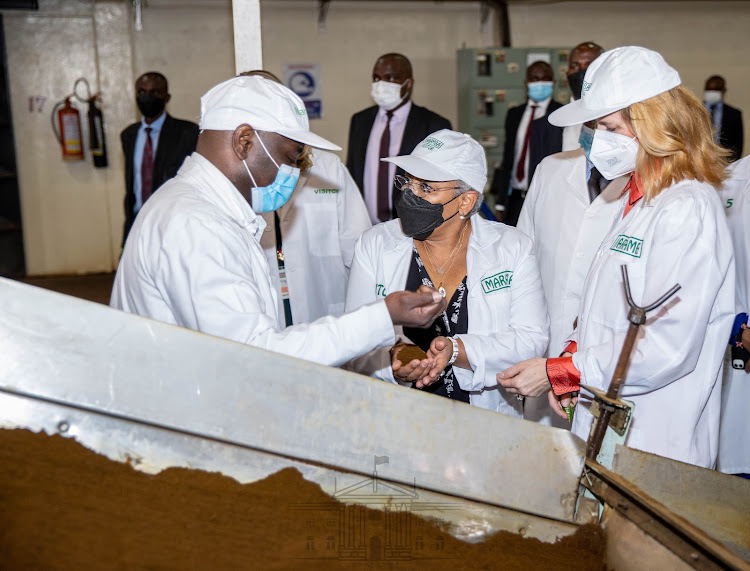 Tea prices at the Mombasa auction hit a four-year high this week amid a rise on demand in key global markets.

The price jump came with a reduction on volumes traded this week which was 1,833,104 kilos less than last week.

"There was good enquiry from Kazakhstan, other CIS nations, Russia, Yemen and other Middle Eastern countries while Bazaar were active but at lower levels. Sudan and UK lent selective interest with Afghanistan and Iran operating,” said Mudibo .

Local packers were subdued. Somalia was active at the lower end of the market.

Tea prices at the auction have remained stable since mid-last year with the introduction of a reserve price, of $2.43, ensuring they don’t drop below the preferred two dollars a kilo.

The strong dollar against the shilling however cushioned farmers from low earnings. It exchanged at 113.54 to a dollar yesterday.

Pakistan remains Kenya’s biggest export market absorbing about 40 per cent of all teas from the country.

Tea farmers in the country are poised for better returns this year as government reforms enter the second half of the 2021/22 financial year.

The Kenya Tea Kenya Tea Development Agency (KTDA) is confidence of even better prices this year.

“We are hopeful that this trend will continue in the second half of the financial year (January to June 2022), when the full impact of the minimum price will be felt,” CEO Wilson Muthaura told the Star.

He said the agency is pushing Kenyan tea to more markets globally to increase export volumes.

Post a comment
WATCH: The latest videos from the Star
by MARTIN MWITA Business Writer
Kenya
04 February 2022 - 04:00
Read The E-Paper