Generation from the expensive diesel-run engines grew to 1,084GWh.

•Kenya Power  spent a total of Sh93.9 billion on fuel and non-fuel produced power in the year ended June 30.

•Last week, Energy CS Monica Juma said the government is in the final stages for the official engagement with each of the IPPs in a bid to cut the cost of power. 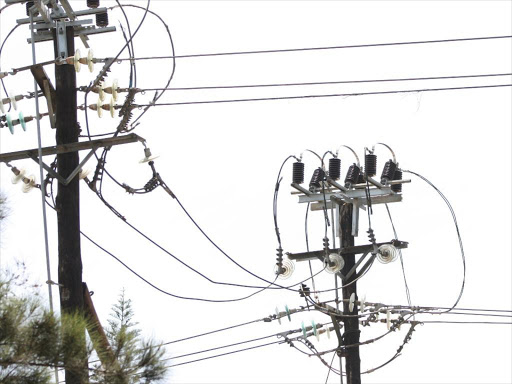 The country’s energy production increased to 11,139 GWh in the period under review, compared to 10,012 in a similar period the previous year, according to the Kenya National Bureau of Statistics.

Generation from the expensive diesel-run engines grew to 1,084GWh up from 677GWh the previous year, putting pressure on Kenya Power which eventually pays for the power whether it is injected into the national grid or not, under the "Take or Pay" terms.

Kenya Power's annual report for the year ended June 30, 2021 indicates it purchased 650GWh of thermal power up from 543GWh, with a total of 3,658 GWh purchased from Independent Power Producers (IPPs) .

According to Kenya Power's annual report 2020, the company spent a total of Sh93.9 billion on fuel and non-fuel produced power, with units coming from IPPs being more expensive by up to 10 times those of KenGen which sales a unit at Sh5.48.

In the financial year 2020/21, Kenya Power’s total unit sales were 8,571 GWh, meaning it had to incur extra cost to manage the excess power produced.

Geothermal was however the highest source of production with 4,688GWh followed by Hydro, which despite a drop, a total of 3,335GWh was produced.

The high production against a low uptake, worsened by the Covid-19 pandemic, comes as the government moves to renegotiate power purchase terms with IPPs as part of bringing down the cost of electricity in the country.

The company’s management is also keen to move away from the take or pay or take terms, which will see it only pay for power that it has taken up.

Management has put in place modalities to have future PPAs on ‘Take and Pay’ model and not the current ‘Take or Pay’ going forward, ” Kenya Power says in its recently released financials.

There are at least 22 active IPPs in Kenya Power’s books.

The decision by the government to cut electricity costs by 30 per cent, whose first phase of 15 per cent has been implemented, is likely to put Kenya Power under pressure as it continues to honour expensive Power Purchase Agreements (PPAs).

It is currently working to cut system and commercial losses.

System losses are the difference between the total amount of energy procured and amount sold, which have been eating into Kenya Powers electricity sales hence affecting its financial performance.

They include technical losses, which are inherent in every power system and occur in the transmission and distribution process, and commercial losses arising from meter tampering and bypasses, and other illegal activities on the network.

Last week, Energy CS Monica Juma said the government is in the final preparatory stages for the official engagement with each of the IPPs in a bid to cut the cost of power.

She noted some of the existing contractual agreements are hugely in favour of IPPs.

''I am pleased to note that IPPS not only headed by call but have engaged with us in listening sessions that have outlined a number of areas of interest,'' Juma told Journalists during a briefing in Nairobi.

Last year, President Uhuru Kenyatta was forced to set up a task force to look into Kenya Power's books after persistent losses amid corruption allegations.

The task force's report revealed that the country pays Sh31 more per dollar for a deal entered when the US currency was trading at Sh72 in 2001. It is currently at 133 to a unit of a dollar.

''Having looked at the contractual documents of the various engagements, I strongly believe that there is room for improvement that will enable us to benefit,'' Juma said.