•There has been vandalism on key infrastructure projects including the SGR , mainly in areas where the line is dormant.

•This is the stretch after the last station of Suswa where construction stopped. 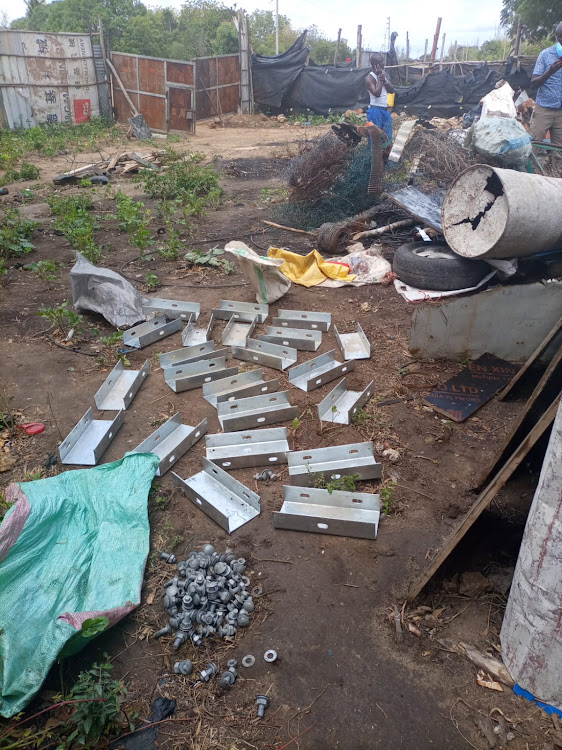 The ban on trade in scrap metal will save major infrastructure projects key in driving the country's economy, the Kenya Association of Manufacturers(KAM) has said.

The metal and allied sector under the association yesterday said it welcomes President Uhuru Kenyatta's directive which came amid increased vandalism on key infrastructure including the Standard Gauge Railway and Kenya Power electricity towers.

“Over the years, we have witnessed increased vandalism on infrastructure including roads, railway lines and power lines across the country. This has impacted on the efficiency of these projects,” said Bobby Johnson, KAM's metal and allied sector chairman.

In his directive, the president said the moratorium will stay in place until the government puts in place adequate measures to effectively police the sourcing, trade and export of scrap metal.

He warned that those found culpable of vandalism of state infrastructure will be dealt with firmly, terming the acts as economic sabotage.

KAM has since said it remains committed to working with the newly-formed Scrap Metal Council towards the development of guidelines on scrap metal trade.

“We shall continue to collaborate with government through the Ministry of Industrialisation, Trade and Enterprise Development and industry stakeholders to support the implementation of these guidelines to the letter once they are finalised and operationalised,” Johnson said in a statement.

The Kenya Urban Roads Authority has also supported the directive.

According to director general Silas Kinoti, the move will play a big role in curbing vandalism of road infrastructure.

He said between July and September last year, over 30 street poles worth Sh2.5 million were vandalised in Nairobi City County alone, in an organised crime syndicate.

“We have been suffering immense loses due to vandalism of road furniture. We hope the relevant government institutions will implement the President's directive 101 per cent,”Kinoti said last Saturday.

Last week, the Kenya National Highways Authority said at least 260 police officers are attached to it to guard crucial infrastructure.