The initiative supported by UK firms is part of the 20- year plan to facelift the Nairobi Central Business District. 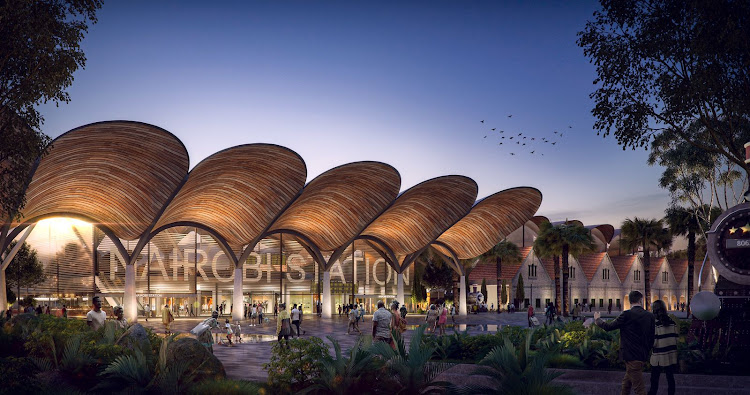 Kenya is gearing for a revamp of the Nairobi Central Railway Station that will host several green offices and residential blocks.

The $246.6 million (Sh28 billion) infrastructural art piece is part of the 20- year plan to facelift the Nairobi Central Business District.

Dubbed the Nairobi Railway City, the project will sit on the 425- acre piece which is largely owned by the Kenya Railway Corporation and its pension scheme.

This was revealed Tuesday at the Kenya-UK infrastructure partnership forum held in Nairobi and led by the UK's Minister for Africa Vicky Ford who has been on a two-day state visit in the country.

''The construction of this project will be fully financed by the Kenyan government. UK's firms KPMG and Atkins Global are only handling the research and design work,'' Ford said in a press interview.

Yesterday, Atkins Global presented a preliminary design for the multi-model urban development project to be referred to as the Nairobi Railway City.

She added that her government came on board after President Uhuru Kenyatta personally requested UK support when he met Prime Minister Boris Johnson in January 2020.

She further asked traders from both countries to take advantage of the recent trade deal between the two nations.

UK-Kenya trade is worth around £1.1 billion (Sh165 billion) annually, and the UK is Kenya’s fifth-largest trading partner (importer of Kenyan goods) after, Uganda, Pakistan, the US and the Netherlands.

It also covers Landi Mawe and Muthurwa estates. It also hosts a barracks, sports facilities, a police station and quarters, and a bus terminus.

The boundary is defined by Haile Selassie Avenue to the north, Landhies Road to the east, Bunyala Road, joining the intersection of Lusaka Road-Landhies Road junction to the South and Uhuru Highway to the West.

"The project is of national significance as it is a critical component towards regeneration and decongestion of Nairobi city," Mainga said.

Mainga said the modern railway station will be the nerve centre for the Nairobi Multimodal Transport System.

''Matatus operating on routes such as Ngong, Kawangware, Kiserian and Kitengela, he said will be moved to new grounds next month to facilitate works on the multi-billion shilling project,'' Badi said.

According to him, the railway project is part of the Nairobi Integrated Urban Development Plan aimed at expanding the capital's Central Business District.