High expenditure amid low revenues continues to push the government into borrowing to bridge budget gaps. 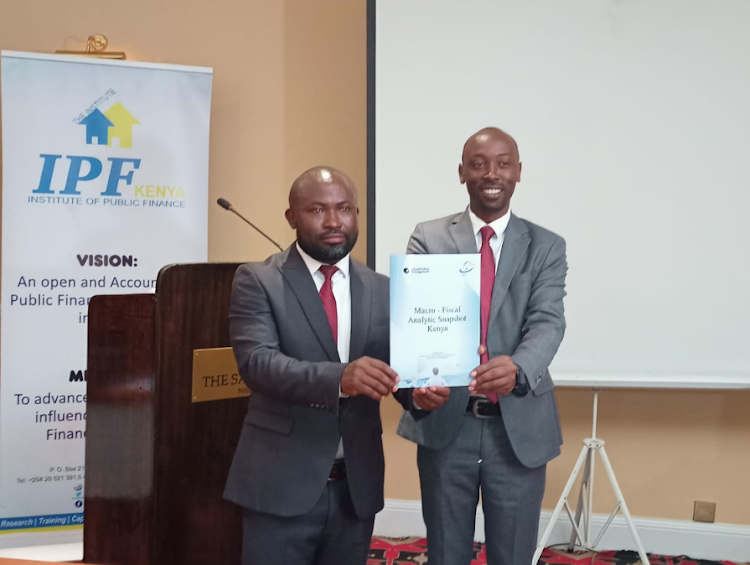 The Institute of Public Finance Kenya wants the government to put a freeze on new projects and stop bailing out struggling parastatals to help reduce fiscal deficit.

This call comes as pressure mounts on the National Treasury including from the World Bank, IMF and recently the Controller of Budget for restructuring and offloading of loss-making state agencies.

The current high fiscal deficit of eight per cent (8%) continues to push the government into borrowing to bridge budget gaps and need to be tamed the Nairobi based think-tank says.

Some of the projects are heavily inclined towards the Big Four — healthcare, food security, manufacturing and housing, with their stalling threatening Uhuru's legacy by end of his term this year.

“We need to prioritise expenditure and ensure that we stop starting any new projects until we complete stalled ones that are budgeted for every year. We should also stop bailing out corporations that are not making any progress and are on the bail-out list year-in-year out,” IPF chief executive James Muraguri said.

He spoke in Nairobi yesterday during the release of a study dubbed “Macro Fiscal Analytic Snapshot” on Kenya, a study done in partnership with Oxford Policy Management with support from Bill & Melinda Gates Foundation.

According to the findings, the Covid-19 pandemic remains a challenge to the economy and the government could fail to achieve its targeted fiscal deficit reduction in the wake of low revenue collections.

This general decline is attributed to the government granting numerous tax incentives, eroding the tax base.

Tax expenditures and exemptions are estimated to cost Kenya five to six per cent of GDP each year – which is the size of the entire primary deficit.

In addition, the formal sector has been losing share of the economy relative to the faster growing informal economy, the report notes, which now accounts for over 80 per cent of total employment and, critically, pays much less tax than the formal sector.

“At the same time, public expenditure has steadily been rising, reaching as high as 27 per cent in recent years. The combined impact has been an expansion in the fiscal deficit, which has pushed the economy towards a high risk of debt distress, even while the economy was growing strongly,” the report reads in part.

In the next financial year starting July 1, Treasury CS Ukur Yatani has proposed a cut on development spending to Sh611 billion , from Sh678.5 billion in his Sh2.97 spending plan.

He plans to reduce fiscal deficit to 5.7 per cent from 7.4 per cent in the current financial year, meaning the need for borrowing will go down. The target is between four and five per cent in the medium term.

Economic growth is projected to rebound to six per cent up from a projected average of five per cent last year , and a contraction of 0.3 per cent the previous year, with growth expected to be driven mainly by the service sector.

While the CS has also been pointing to the merger and privatization of loss-making state agencies, it is yet to be implemented since recommendations by a Presidential Taskforce in 2015.

National Treasury estimates that parastatals have a maximum fiscal exposure of Sh1.3 trillion, which equates to 13.6 percent of GDP, putting some of them on permanent bail-out that eats into the public coffers.

Revenue collected is far from meeting the country’s budget with Kenya Revenue Authority targeting the informal sector to widen the tax bracket, a move that has proved to be an uphill task.

“Government need to reform, incentivise and formalise the informal sector so that it is properly regulated and taxed,” said John Nyangi, head of research at the IPFK.

Controller of budget Margaret Nyakang’o wants the loss making enterprises, among others restructured – including collapsing and merging some – and having others privatised in a bid to enhance their productivity.

She says the enterprises have become a liability to the government with the Treasury often forced to bail them out at the expense of development and other pressing needs.

It is part of IMF's conditions for access to credit facilities announced last year, with the recent being a $264 million (Sh29.9 billion) loan.