•The second top import source is India where the country imported goods worth Sh187.5 billion from. 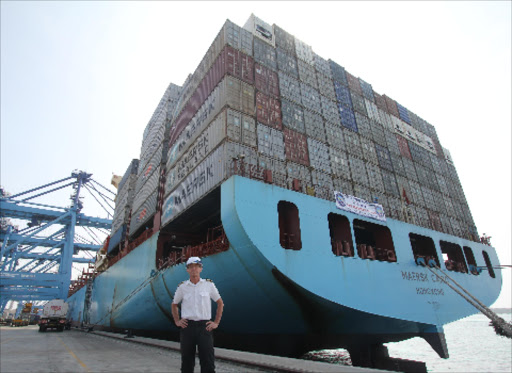 MV MAERSK CAIRO, one of the largest container vessels in the World, at the Port of Mombasa/FILE

China has continued to dominate as the leading import source for Kenya amid a widening overall trade deficit, wit the country remaining imports-dependent.

This, as the value of imports picked in the 10-months to October 2021, signalling increased activities that came with the re-opening of the economy after a lull 2020 when the Covid-19 pandemic struck.

Leading Economic Indicators by the Kenya National Bureau of Statistics show the total value of imports in the year to October was Sh1.719 trillion, a 28 per cent jump or Sh378 billion, from Sh1.341 trillion recorded in a similar period the previous year.

Total exports including re-exports were valued at Sh608.4 billion which was an increase from Sh532.9 billion. Domestic exports amounted to Sh548.2 billion, a jump from Sh464.92 billion.

This came with a widening of the country's trade deficit which increased to Sh1.11 trillion in the 10 months to October from Sh807.01 billion.

China led the batch of import sources with the value of goods imported from the Asian country increasing to Sh361.7 billion, up from Sh293.1 billion.

The second top import source is India where the country imported goods worth Sh187.5 billion from.

Kenya's imports from China include electrical, electronic equipment, machinery, nuclear reactors, plastic, footwear, ceramics and railway equipment with those from India being iron and steel, and organic chemicals among others.

The two, together with UAE (goods worth Sh142.1 billion), Saudi Arabia (Sh94.2 billion) and Japan (Sh80.3 billion), make the list of the top five import sources for Kenya.

Others UK, South Africa, US, Germany, Netherland and France.

The country's top export market however remains Uganda where during the period, Kenya exported goods worth Sh59.9 billion to the neighbouring country.

It is followed by the Netherlands, top buyer of Kenyan flowers, where a total export value of Sh47.2 billion was recorded.

Pakistan which absorbs about 40 per cent of all tea exports from Kenya imported goods worth Sh41.2 billion.

Other top export markets were the US ( Sh47.9 billion) and the UK where in the 10 months, Kenya exported goods worth Sh41 billion.