Increase however likely to affect retail prices of Unga.

•The board has announced a new maize purchasing price of Sh3,000 for a 90kg bag.

•This is a Sh300 increase from the previous purchasing price of Sh2,700 per bag of maize. 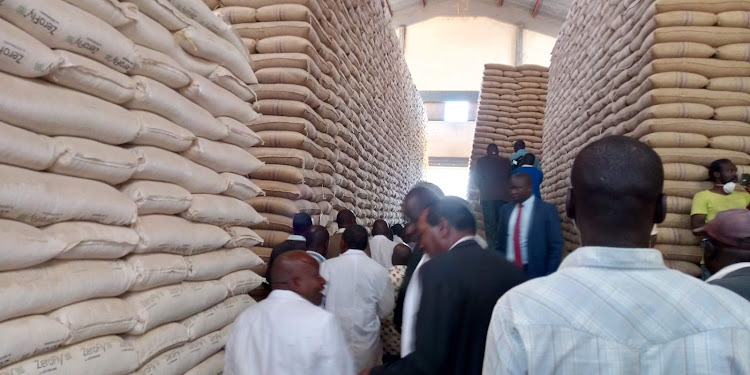 Maize farmers have received a major boost with the increase of buying prices by the National Cereals and Produce Board (NCPB).

The board has announced a new maize purchasing price of Sh3,000 for a 90kg bag.

This is a Sh300 increase from the previous purchasing price of Sh2,700 per bag of maize.

He said the board is purchasing the maize for its commercial function, and that all farmers within regions that are currently harvesting or have already harvested are encouraged to deliver their grain to the nearest NCPB depot.

“The price we are offering will enable farmers to get value for the maize they deliver due to the accuracy of our weighing services," said Kimote.

Traders are currently buying maize from farmers at Sh3,000 per bag.

Kipkorir Menjo, the Kenya Farmers Association director said the price has been increasing gradually due to rising demand for maize in the EAC region especially in Uganda and Southern Sudan, where there has been a shortage.

The shortage has been caused by drought in the region.

Kimote said there are no administrative conditions for one to deliver maize to the cereal board depots as long as the produce meets the Kenya Bureau of Standards Grade I and II standards.

"The board is offering storage facilities at competitive rates and farmers can opt to store under the Warehouse Receipt System (WRS) or under regular warehousing," he said during an interview with The Star.

In addition to offering storage services, the board also offers other grain post-harvest services such as grain drying, cleaning, grain grading and aflatoxin testing.

Kimote said the maize is free of aflatoxin and of good quality and will be sold to any willing miller at a cost of Sh3,100 per 90kg bag.

He explained that under the new reforms NCPB is now a commercial entity and can buy like any other players in the market.

"We are using internal funds to buy the maize. We will directly purchase from the farmers as well as use the warehouse receipt system,” he said.

A further price increase is however likely to affect consumers as millers move on to pass costs.

Timothy Njagi, a senior researcher at Tegemeo Institute said if prices increase to anything between Sh3,500 to Sh4,000, the price of a unga will go up to more than Sh120.