It will facilitate the monitoring of endangered animals.

•The firm has invested more than Sh100 million in animal conservation programs in Kenya over the last decade and a half.

•With the use of a 5G camera, the conservation experts may watch animals at every movement and help prevent negative incidents like bee attacks. 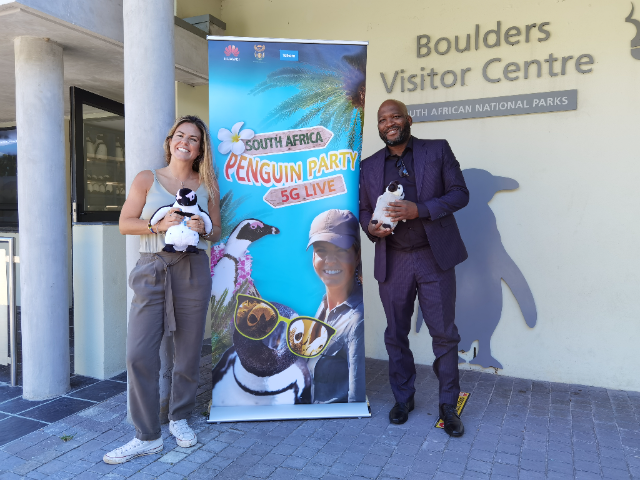 Huawei Technologies has ramped up its support for animal conservation programs in Africa by deploying its 5G technology to facilitate the monitoring of endangered animals.

The initiative will see the firm use cameras and 5G network to capture and transmit high quality, real-time images of animals in their natural habitat.

This practice is expected to not only open up conservation programs to newer ways of preserving endangered animal species, but will also provide tourists with alternative modes of experiencing new destinations.

Huawei is using the platform for livestream broadcasting for service providers for monitoring animal movements to enable conservationists initiate reactive measures in cases where they face any dangers.

The firm has invested more than Sh100 million in animal conservation programs in Kenya over the last decade and a half.

“We have shown the technological capability by successfully live streaming the endangered African Penguin in its natural habitat at the Boulders Beach in Cape Town,” conservationist and wildlife TV presenter Lauren Arthur said.

She added that it provides opportunity for an innovative yet immersive travel experience to tourist in a post pandemic environment and a digital first experience of a destination.

This technology is pivotal in allowing conservationists to monitor animal colonies across the African continent.

With the use of a 5G camera, conservation experts may watch animals at every movement and help prevent negative incidents like bee attacks.

Arthur said that the African Penguin, a bird that is native to South Africa’s Cape Coast, is listed as 'Endangered' by the International Union for Conservation of Nature (IUCN) on its Red List of Threatened Species.

“In the future, 5G won’t only enrich people’s digital lives, but will also bring real benefits and change to humans, companies, society, and the natural world,” she added.

5G can be especially beneficial in Africa’s goal of achieving a digital economy with sectors such as health, education, mining and consumer market where this technology is starting to playing a role.

The live stream not only gives watchers the chance to experience the unique penguin colony, it also illustrated 5G’s potential as an enabler of environmental conservation.

As the largest grouping of the birds, the Boulders colony is therefore critical to the species’ survival.

Its fragility was also underlined earlier this year when 64 birds died following a bee attack on the beach.

Huawei is also involved in several other conservation initiatives, including a project that uses Huawei devices and Huawei’s Cloud AI to protect rainforests.