•Kenya submitted the highest number of entries with 804 followed by Tanzania at 84, Ethiopia at 67 and Uganda at 53.

•The competition was started in 2017 with the intention of using photography as a medium to amplify the Safal Way and drive conversation around care for environment. 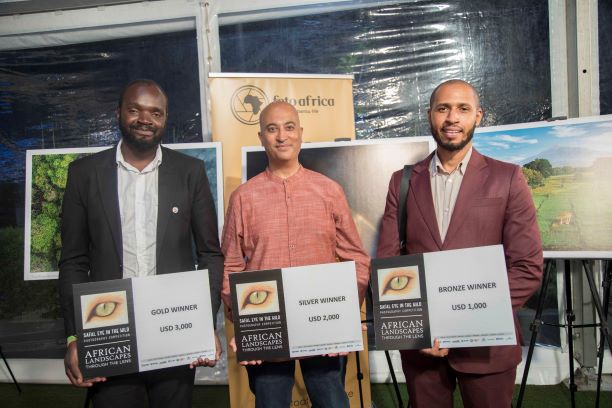 Kenya’s Anthony Onyango was crowned the overall winner of the SEITW photography competition 2021. He received the coveted Gold Award, taking home a cash prize of $3,000 (Sh339, 000).

The public and people’s choice award was worn by Johnson Makau, a Kenyan, and the staff winner was Suud Abry, an MRM staff from Mariakani, Kenya.

“This was a unique and highly contested competition that attracted participants from across Africa who took the opportunity to use photography to highlight the strategic significance the environment plays in our lives,” Safal Group, CEO, Anders Lindgren said.

He reiterated the need to conserve the environment.

Kenya submitted the highest number of entries with 804 followed by Tanzania at 84, Ethiopia at 67 and Uganda at 53.

The US had four entries while Mauritius,Italy ,India and UK had three each.

The competition was started in 2017 with the intention of using photography as a medium to amplify the Safal Way and drive conversation around care for the environment.

At the time the competition was known as MRM Eye in the wild, it was Kenya-centric and MRM driven.

During that year, the focus was on wildlife conservation with the hashtag "#by the time it clicks, it might be too late", that attracted 853 entries.

It was rebranded in 2018 to Safal Eye in the wild (SEIW) with the intention of drawing the interest and participation of other Safal operations in East Africa.

In 2019, the competition focused on water conservation that was across the East Africa region, getting 340 entries.

In 2021, it focused on African landscapes through the lens with the goal of celebrating Africa’s diversity and beauty.

The competition was launched on September 9, and closed in November.

It was open to both professionals and amateurs residing in Africa including all Safal Group operations across Africa.

“Future generations will not forgive us for destroying the only habitable planet,” Jubilee Holdings Group CEO Julius Kipnge’tich said.

He urged photographers to use their cameras to take photos and preserve them for future generations to see how the earth looked before.