The number of hungry people in Africa continues to rise - report

It is spurred by conflict, climate change and economic slowdowns such as Covid-19.

•This can be attributed to poverty and inequality as well as underlying structural causes that amplify the main drivers of food insecurity and malnutrition. 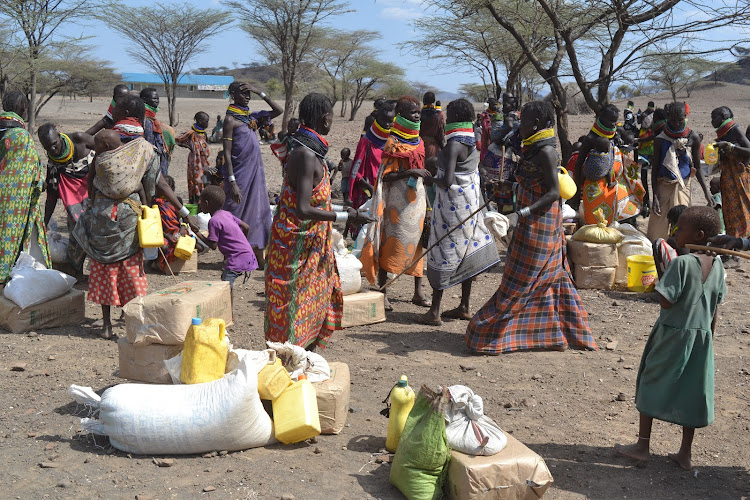 The number of hungry people in Africa continues to rise, spurred by conflict, climate change and economic slowdowns such as Covid-19, a new report has said.

The survey by the United Nations Economic Commission (UNEC),  African Union Commission (AUC), and the Food and Agriculture organization (FAO) show 21 per cent of the continent's population is malnourished, a 4.3 per cent rise since 2014.

Data shows at least 281. 6 million Africans were undernourished last year, an increase of 89. 1 million since 2014.

According to the report, the majority of undernourished people live in East Africa at 125.1 million people followed by Western Africa at  75.2 million and Central Africa at 57.1 million.

Africa is yet to meet the second Sustainable Development Goal that targets to end hunger and ensure access by all people to safe, nutritious and sufficient food all year round and end all forms of malnutrition.

''This can be attributed to poverty and inequality as well as underlying structural causes that amplify the main drivers of food insecurity and malnutrition,'' Abebe said.

In Eastern and Southern Africa, many countries suffer regularly from arid or drought conditions.

For instance, in 2015 and 2016, El Nino-related drought conditions affected many parts of Southern and Eastern Africa leaving millions of people in need of urgent food assistance.

Economic slowdowns and turndowns affected many African countries, most of which are highly dependent on oil and other commodity exports for generating foreign exchange and tax revenue.

The failing demand and prices for commodities also negatively affected many countries and worsened food security between 2014 and 2016 with oil-exporting countries largely affected.

The report highlights that real gross domestic product in Africa fell by 2.1 per cent in 2020, primarily due to the Covid-19 pandemic.

Falling incomes and rising prices may not necessarily lower the intake of overall calories but may force households to switch to low-cost, less nutritious food thus lowering the quality of the diet.