Most of the maize imports in Kenya is coming from Tanzania, says PS 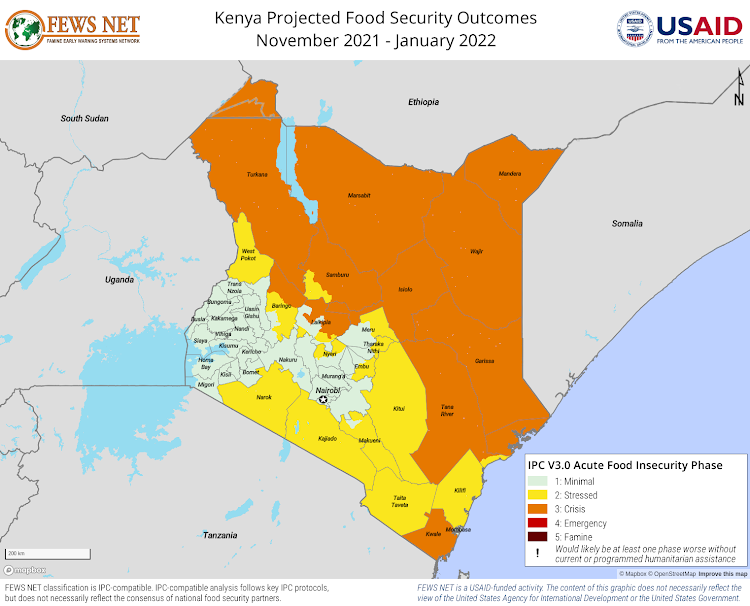 The anticipated poor short rains harvest is expected to keep supplies below average. This is according to the Kenya Food Security Outlook for October 2021 to May 2022.

The report showed that this will drive demand and increase dependence on cross-border imports from neighboring countries.

Data from the Ministry of Agriculture indicated that Kenya accounted for 58 percent grain traded by East African countries between July and September, 2021.

During this period, Tanzania contributed the most in exports, accounting for 57 percent of total exports to Kenya, while Uganda exported 117,390 metric tonnes of maize (43 percent) to Kenya and South Sudan.

Agriculture PS Hamadi Boga confirmed that most of the maize is imported from neighboring countries of Tanzania. He spoke to the Star on phone.

The PS added that the quantity of beans imported in October also increased significantly to 87,664 bags compared to 14,919 bags (90Kg).

“The total quantity of beans imports from January to October 2021 stands at 951,593 (90kg) bags compared to a total of 410,158 bags for the same period in 2020. This year has witnessed more beans being imported as local production was affected both by poor short rains and long rains which affected main bean producing areas,” said Boga.

According to the Famine Early Warning Systems Network (FEWS NET) price projections, wholesale maize prices in Nairobi are expected to remain 7-30 percent above the five-year average.

“The price of a 90kg bag of maize will range from Sh3,200-Sh4,400, and this will be moderated by the 2021 long rains harvests from the high and medium rainfall areas and cross-border regional imports. Wholesale bean prices in the Nairobi reference market are expected to remain 28-37 percent above the five-year average and follow seasonal trends through the scenario period. Prices are expected to range from Sh9,300-Sh10,900,” the early warming report showed.

The reports further indicated that prices are expected to remain high due to low carryover stocks and a below-average 2021 long rains harvest.