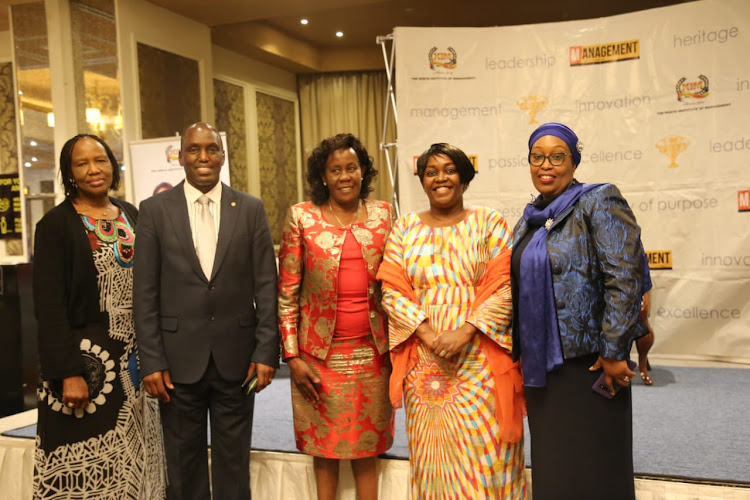 Employers have been challenged to mainstream gender parity at work stations and provide a fair competitive environment to enable women demonstrate leadership potential.

''Quotas and special measures that come with ambitious targets to propel women, and ensuring safety both online and offline, will give women a better environment to bring positive change,’’ Kamau said.

She added that women have played critical roles during the pandemic, but their efforts to advance in their rights has seen a roll-back since the pandemic struck, harming women and girls, including  those in leadership positions

His sentiments are coming on a backdrop of various recent reports illustrating women strength at boardrooms and factors slowing their acceleration to managerial roles.

According to the study, women are performing well in multiple aspects of leadership than their male counterparts.

In addition, they are better at helping employees navigate work-life challenges (24 per cent of men compared with 29 per cent of women) and taking action to prevent or manage employee burnout (16per cent compared with 21 per cent).

Women also spend more time contributing to diversity, equity and inclusion efforts (seven per cent of men compared with 11 per cent of women).

Even so, they continue to face a broken rung at the first step up to manager: considering that for every 100 men promoted to manager, only 86 women are promoted, this is according to Women in the work place 2021 report released two months ago by McKinsey.

The broken rung likely explains why representation of women at the senior-manager, director, and vice-president levels has improved more slowly than the pipeline overall.

Kenya’s Capital Market Authority report show 0nly four in 62, or a meagre six per cent, of chief executive officers or managing directors of companies listed on the Nairobi Securities Exchange are women. And only three, or five per cent, of these firms have women as chair of their boards of directors.

She challenged women to not only be keen about going up the corporate ladder, but for each one to have a greater self-confidence, self-belief and an understanding that they can follow their dreams, be able to pursue their interests and continually learn.

''Roles in the corporate and office set up are earned by merit and therefore women should have the resilience to deliver on their jobs while still remaining relevant in their homes as mother, spouse, sister, aunt and generally the caregiver,’’ she said.

"When I leave my office, I do not carry my magistrate hat to my house. The watchman at the gate to my house does not know I'm a senior person. Therefore as women let us know which hat to put on and where and when’’.

The dinner, held annually, took a break last year due to the ravages of the coronavirus pandemic in the country which occasioned lockdowns and cessation of evening functions for over a year.