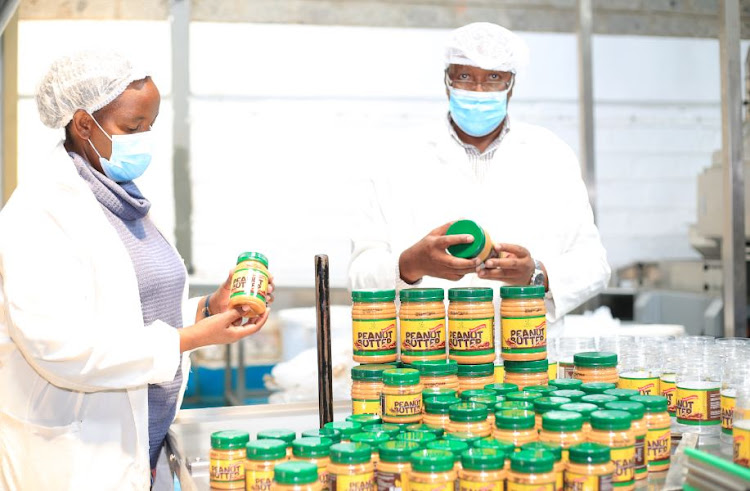 Over 2,000 smallholder groundnut farmers in Baringo and Elgeyo Marakwet counties stand to benefit from the ready market offered by a local processor, Greenforest Foods.

The firm that processes Peanuts Snacks, Peanut Butter and honey has already recruited 1,500 smallholder farmers and intends to recruit the 500 more famers in the first quarter of 2022 to grow groundnuts.

This is a two-year project is supported by the European Union and Slovak Aid through its AgriFI Kenya Challenge Fund.

The firm, according to director Athanas Matheka, will provide extension services in collaboration with county governments to access clean seeds and aflatoxin management at the farm level.

''Groundnuts have the potential of providing farmers in the two counties with considerably higher margins and profitable incomes. Greenforest Foods commits to off-take the produce at pre-agreed prices,''Matheka said.

According to him, groundnuts are a resilient crop that takes 3-4 months to harvest, which gives smallholder farmers a faster return on their investment.

This way, he added that the value chain guarantees aflatoxin-free produce which is nutritious and safe for consumers.

“The project is focused on minimize and possibly eliminating the use of chemicals and pesticides which are harmful and costly to the farmers,” he said.

Peanut farming has the potential to generate two to three times better margins than other crops like maize.

Available data indicates that most groundnut farmers in the country face several challenges which put them off from farming the crop.

These challenges include lack of knowledge on climate-smart agricultural practices, lack of market access and proper agronomy information, as well as limited access to quality seeds and extension services.

AgriFI Kenya Challenge Fund initiative addresses these problems, by enabling farmers through Greenforest Foods Ltd, to unlock their potential by offering them support.

“Practically all groundnuts produced in Kenya are grown by smallholder farmers who face multiple challenges that include increased climate vulnerability, limited access to quality seeds and other inputs, lack of knowhow of climate-smart and good agricultural practices, and a lack of market access and information,” notes the fund.

The project aims at addressing such vulnerabilities so as to create stable safe food security amongst the affected smallholder farmers.

The long-term objective of this project is for Greenforest to access high-quality aflatoxin-free peanuts locally.

Currently, the company buys all its peanuts from Malawi due to Kenya’s inability to produce them.