Port has recorded steady flow of transshipment activities with over eight commercial ships having docked so far. 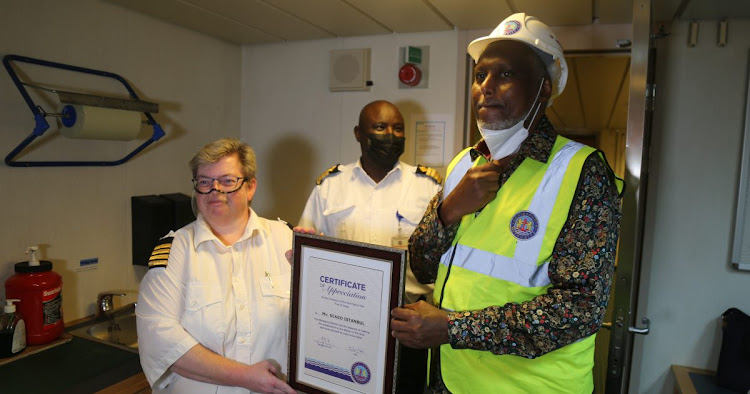 Plans are underway to market the Lamu port as a viable car importation facility to supplement the Mombasa port which is currently the preferred car import avenue in Kenya.

This comes amidst reports that the Kenya Ports Authority-KPA is looking to expand its logistics business to full fledged importation and exportation of cargo through the Lamu Port.

The port has since its commissioning in May this year, continued to record a steady flow of transshipment activities with over eight commercial ships having docked.

He revealed that the KPA was currently actively engaging a number of importers and shipping lines to consider the Lamu port for the same.

“We have all it takes to import cars on a large scale just like the Mombasa port. The machinery is there and so is the manpower. We are currently in talks with shipping lines to bring that to fruition,” said Samatar.

He noted the improved security on the Lamu-Garsen road as one of the major reasons why the port of Lamu should be considered for car importation.

Samatar revealed that the national government is currently constructing the 257-kilometre Lamu-Garissa-Isiolo roads worth Sh.17.96 billion that will connect the LAPSSET to the Northern corridor all the way to Moyale.

“We have had several shipping lines have expressing interest in using the Lamu Port with the likes of Maersk which among the largest globally, already conducting transshipment business in the county,” said Samatar.

At least 19 shipping agents have since visited the port and given a thumbs up with a view to using the facility in future as the port is capable of handling container ships.

“This port has very attractive tariffs both for importers and exporters. It’s just a matter of time before the logistics portfolio expands to accommodate more business aside from transshipment,” he added.

To this end, the Lamu port has cost Sh.55 Billion which went into the construction of the first three berths.

The first container yard is ready while the other two are in their final stages and are expected to be ready before end year.

Lamu county commissioner Irungu Macharia said the government had invested heavily in ensuring safety of all investments in the county.

“We are calling upon investors to take advantage of the situation and bring their business to Lamu because they are assured of success. Those looking to make use of the port should rest assured of security and a thriving environment for trade,” said Macharia.