The submissions can be made by an individual or a group of up to four people. 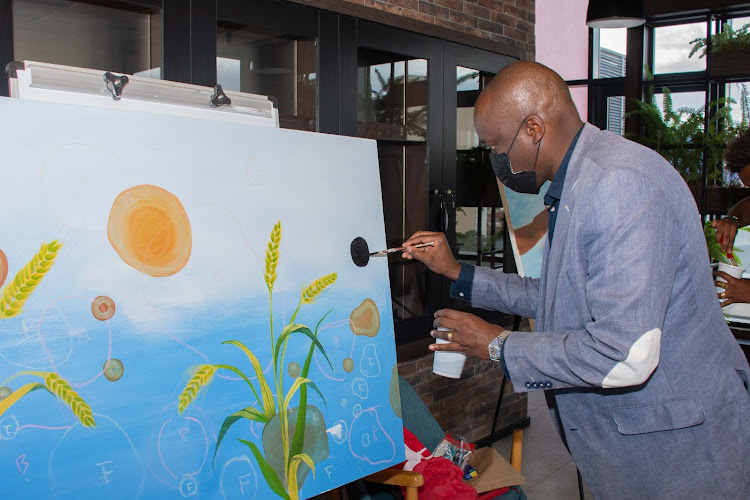 Kenya Breweries Limited managing director John Musunga participating in the live painting session during the launch of the corporate logo redesign competition ahead of KBLs 100th birthday in 2022.

Kenya Breweries Limited has launched a competition for the design of a new logo as it looks to mark its 100th birthday in 2022.

Dubbed KBL Still Got Skillz?, the competition is open to design artists from Kenya aged between 21 and 25 years and is intended to culminate in a next-generation logo for one of Kenya’s oldest companies as it marks its centenary.

The submissions can be made by an individual or a group of up to four people.

The artists with the winning submission will win a cash prize of Sh1 million and an opportunity to intern at J. Walter Thompson (a Scangroup creative agency), where they will work with a team of experienced creative and advertising experts.

The top three designs will be selected by judges after a hackathon where the top 20 will refine their submissions under the guidance of experienced professionals in the design world.

The firm's managing director John Musunga said the model was successful as it supports creative artist in line with the company’s  history in supporting the youth through the promotion of sports and culture.

The tutelage of the masters of the craft, is to give KBL a modern logo that tells the world that KBL has been here for 100 years and it will be around for the next 100 years,”  Musunga said.

“We aim for dual outcomes – a logo that reflects who we are as a company and a group of creative young men and women who can get on their way on a career path and experience the world of work,”  Musunga said.

East African Breweries Limited Corporate Relations director Eric Kiniti said the competition is a continuation of the work the company has done over the years with artists to grow its brands.

“We are not only happy that we have been around that long but that KBL has made an impact on Kenya, Kenyans and the world at large,''Kiniti said.

He added that KBL remains one of the significant contributors to Kenya’s Gross Domestic Product, now contribute one to five per cent  of Kenya’s budget.

Today, more than 80 per cent of KBL’s raw materials are sourced locally, and among these are more than 40,000 farmers who supply the company with sorghum, which it uses to brew the popular Senator Keg.

A similar logo competition dubbed Got Skillz? in 2019 culminated in the design of a new logo for East African Breweries Plc, the holding company of which KBL is a subsidiary.

Elvis Otieno, who was a student at Multimedia University at the time won the competition and after an internship period, has built his career to become an Art Director at Scanad.

“I think the best thing about it was not winning the prize but the internship that came with it, which turned into a job and a life-changing experience that someone else should also get,” Otieno said.