Family Bank Group net earnings up by 65.1 per cent

Customer deposits grew by 17.4 per cent year on year to close at Sh81.5 billion 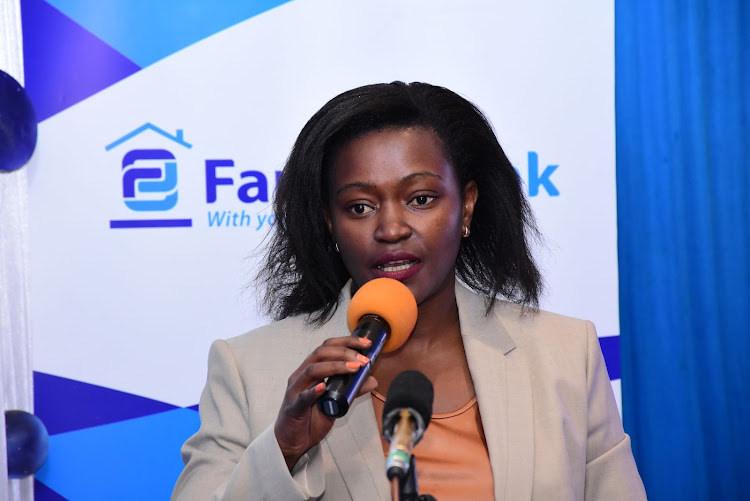 Family Bank Group has registered a Sh1.8billion net profit for the first nine months of the year, a 65.1 per cent jump, from Sh1.1 billion recorded in the same period last year.

This as net interest income, largely from loans and advances, increased significantly by 24.2 per cent to Sh5.7 billion in line with increased lending.

The lender's loan book expanded by 13.9 per cent to Sh65.1 billion, equivalent to Sh7.9 billion growth, in the review period.

Total non-interest income increased from Sh2billion to Sh2.3 billion with income from other fees and commissions closing at Sh1.5 billion equivalent to 17.1 per cent growth.

For the period under review, operating expenses marginally increased by 4.2 per cent to Sh5.3 billion.

“We continue to support micro, small and medium-sized enterprises as the economy slowly steadies with the containment of the effects of the pandemic,” said Family Bank CEO Rebecca Mbithi.

Mbithi added that customers can expect the roll out of niche products from the bank with a focus on ease of access, convenience and targeting diverse customer segments with unique propositions as they seek to create an end to end value-driven ecosystem.

The Bank’s liquidity remained significantly above the minimum requirement of 20 per cent at 47.1 per cent as total shareholders’ funds grew by 13.2 per cent to close at Sh15.2 billion signifying a Sh1.8 billion growth for the period.