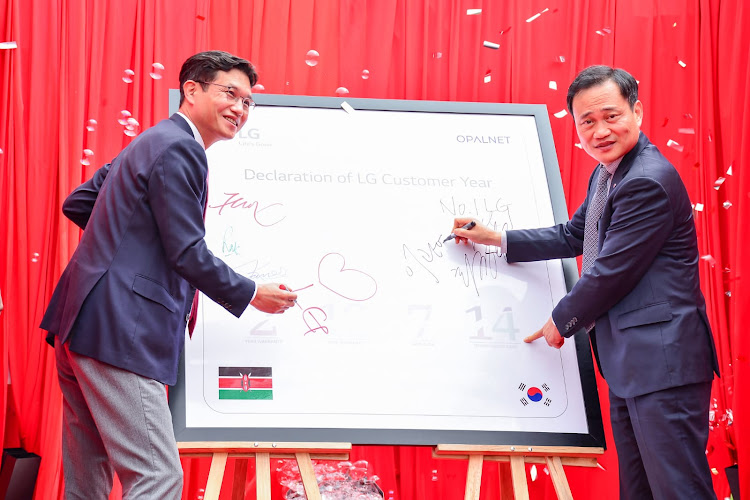 LG Electronics East Africa has rolled out a campaign to educate consumers on how to spot fake televisions on sale in the Kenyan market.

This is on the backdrop of a survey by the Anti-Counterfeit Authority that revealed that fake electrical and electronic goods comprise 15 per cent of all illicit goods circulating in the market.

According to LG Electronics East Africa managing director Sa Nyuong Kim, the campaign is targeting both home and commercial buyers and is partly informed by the growing demand for smart appliances due to lifestyle shifts driven by the digital revolution.

“Consumers are the biggest missing link in the fight against counterfeit goods. Yet, they are highly exposed to the multiple risks associated with using illicit and sub-standard products,” Kim said.

In 2019, the Anti-Counterfeit Authority (ACA) seized fake television sets worth Sh28 million at the Embakasi Inland Container Deport in Nairobi.

''Majority of the counterfeited products are the popular brands hence the move by companies like LG to educate consumers on ways on how to avoid falling prey to unscrupulous vendors,'' Kim said.

The campaign is coming at the time most families are preparing for Christmas festivities with various e-commerce platforms already recording the high number of orders especially electronics, clothes and food.

For instance, electronics are accounting for over 50 per cent of orders on Jumia ahead of today's Black Friday sales.

Since the onset of the coronavirus pandemic, people are increasingly spending time indoors hence the greater interest in indoor entertainment technology.

A rise in disposable income coupled with a surge in the use of high-end appliances is seen as the major trend influencing the purchase of smart TVs.

Available data shows that the television segment accounted for about 48 per cent of home appliance sales in Kenya as of 2018.

There is the dramatic evolution of the TV from being just a device that relays images on a screen to a multi-media tool. Hence the accelerating demand for smart televisions as lifestyles shifts alter content consumption,” said Kim said.