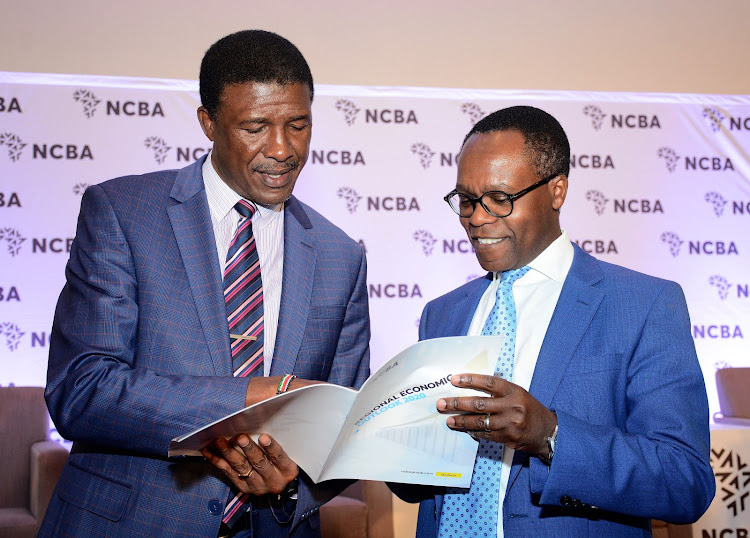 NCBA Group Plc has posted a 159 per cent growth in profits for the first nine months of the year ended September 30.

According to the lender's results released early today, its net earnings grew to Sh6.5 billion during the period under review compared to Sh2.5 billion similar period last year.

Its gross earnings tripled during the period under review to Sh11.1 billion from Sh3.8 billion last year.

Growth in profitability was attributed to an increase in operating income to Sh36 billion, driven by higher customer activity and a decline in loan impairment charges of Sh4.2 billion year over year.

The bank disbursed Sh423 billion in digital loans, a 26 per cent year-on-year increase in line with its digitization agenda. Its operating income also rose 10 per cent to Sh36 billion.

It reported a cost to income ratio of 43 per cent, an improvement from 46 per cent in the same period last year. Operating profit before loan loss provisions of Sh20 billion, 17 per cent up year on year.

The lender's loan impairment charges dropped by 31 percent to Sh9.2 billion during the assessment period attributed to loan repayments as the economy slowly emerge from the Covid-19 crisis.

Even so, Non- performing loans coverage ratio increased to 70 per cent, from 58 per cent in the same period last year.

NCBA  Group managing director,  John  Gachora said the strong financial results are early outcomes of the Group’s focus on its strategic initiatives anchored on customer experience and of a steadily improving economic environment.

“Our operating results since the beginning of the year demonstrate that the actions we have taken to strengthen and enhance the Group’s performance are well on track,'' Gachora said.

He added that the bank continues to exercise a conservative approach towards credit risk management.

''Looking at our results, you will note that our loan impairment charges,  which were a  drag on performance last year,  have greatly reduced; 98 per cent of the portfolio that we restructured during the  Covid-19  period is now performing,'' Gachora said.

Gachora said that the group has also realized cost synergies from the merger; resulting in a significant improvement in cost to income ratio to 43 per cent, down from 46 per cent in the same period last year.

Unlike other lenders who are riding on technology to cut brick and mortar, NCBA  has embarked on a  bold branch expansion strategy.

Since the beginning of the year, it has opened nine branches.

''We plan to open four more branches by the end of this year,” Gachora said.

Post a comment
WATCH: The latest videos from the Star
by VICTOR AMADALA Business Writer
Kenya
24 November 2021 - 14:54
Read The E-Paper