•New KCC on spot for failing to monitor debtors.

•Milk processor reported a loss of Sh255 million after tax. 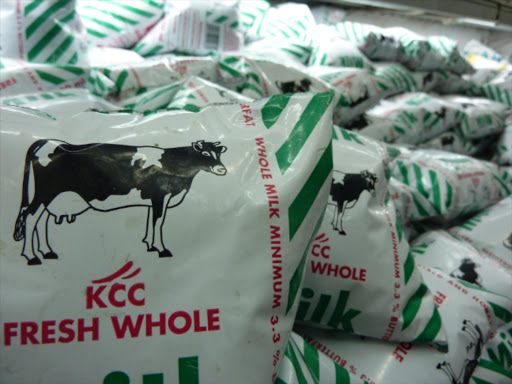 New Kenya Cooperative Creameries may not recover Sh764 million owed by several supermarkets, some of which have closed shop and others facing closure.

Auditor General Nancy Gathungu has cast doubt on whether the state milk processor would recover the millions in the wake of some of the debtors stopping operations.

Naivas Supermarket Ltd for its part owes New KCC Sh217 million, the debts forming a chunk of Sh1.6 billion that the milk processor is owed by its various clients.

Uchumi Supermarket is undergoing receivership proceedings while Nakumatt Holdings Ltd is in liquidation while the status of Tuskys is yet to be determined.

Only Naivas is currently operational with Gathungu in the report released October 27 citing New KCC for only providing Sh419 million as cover for bad debts.

“In view of the above, it has not been possible to confirm whether the company has an efficient and effective mechanism to monitor debtors as well a vibrant credit policy on debt management and monitoring,” Gathungu said.

The report further reveals that New KCC’s 22 properties (land) valued at Sh853 million are at the risk of land grabbers for lack of ownership documents.

Gathungu added that the value of two disputed properties situated in Upper Hill, Nairobi which are claimed to have been transferred to third parties were not disclosed in the financial statements.

Also not disclosed were another 23 disputed parcels of land which had not been valued but were registered in the names of third parties.

“The legal status of the properties had not yet been determined,” Gathungu said, “No tangible change in status of the parcels of land has been attained so far despite the fact the company has initiated legal proceedings with a view to recovering the disputed properties.”

The audit revealed that New KCC was yet to make progress despite engaging the National Land Commission and the Lands ministry on the matter.

In addition, five acres of the 32.9 acres of the parcel on which Miritini Milk Processing Factory is located has been encroached by informal settlers, some of whom have put structures on the land.

“In the circumstances, the ownership of occupied parcels of land by the company as well as those registered in the names of third parties is at risk,” Gathungu said.

“It was not possible to confirm the valuation and ownership of land valued at Sh3.8 billion in the company’s statement of financial position.”

During the year under review, New KCC’s revenue decreased by Sh780 million, detailing the unending struggles of the state processor in its efforts to remain afloat.

Managing director Nixon Sigey reported to the auditor that the entity failed to meet its Sh606 million pretax profit by Sh512 million.

He cited stiff competition posed by products from Uganda with data showing that about 110 million litres of milk were imported from the neighbouring country.

New KCC profit after tax was to the negative Sh255 million having been charged Sh350 million tax, eating up the Sh95 million profits netted during the year.

In the circumstances, the management said the company’s shareholders may not be paid dividends for the year under review.

In its first year, the office was allocated Sh25 million for recurrent expenses by the exchequer and a further Sh20 million was from the Communications Authority.

The office got a budget raise of Sh250 million this financial year, the amount set to increase to Sh270 million next financial year for recruitment of more staff.

New KCC converts powdered milk into raw due to shortage