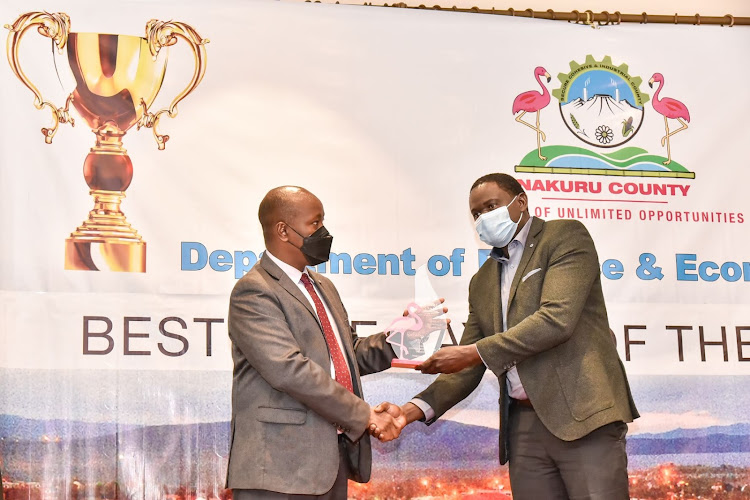 Nakuru County own source revenue collection in the last financial year increased despite the challenges occasioned by COVID-19 pandemic.

Speaking at a celebration to award the best tax payers in Nakuru, Lwangwa attributed the increase of own revenues collection to the stability of rate payers who had benefited from incentives and total waiver of penalties.

“The county government has taken several measures to ensure a business-friendly environment amidst the COVID-19 pandemic and it also reduced charges beginning July 2020 and that is why the collection increased instead of going down, he said.

“It has been a journey growing the revenue since 2017 when this administration took over and the revenue then was in terms on millions of shillings to the current situation where the county own source revenue is almost Sh3 billion.” said Lwanga.

He said the finance department is currently integrating the county automation system to payment platforms offered by banks and mobile service providers to allow virtual payment of taxes.

Governor Lee Kinyanjui said it was encouraging to see the county own source revenue grow adding that this is was an indication of future independence.

“This means that one day, Nakuru will not be fully dependent on the national government to run her operations, that operations will not be at a standstill if resources from National Treasury are delayed,” he said.