Meanwhile land prices in Nairobi registered a static 0.28 per cent increase in the last quarter 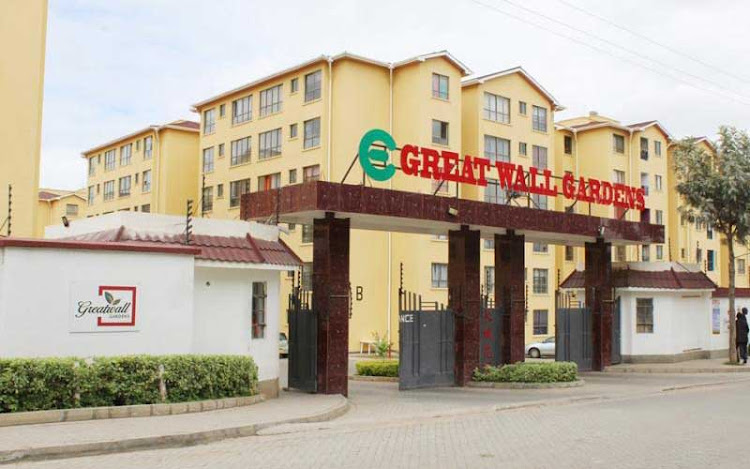 Land demand in satellite towns is on the rise for setting up of homes away from the congested urban estates, the latest property index shows.

This, in turn has seen the price of land in Syokimau, Kitengela, Thindigua, Ruaka, Juja, Ngong, Thika, Limuru, Tigoni and Rongai maintain an upward trend.

According to the HassConsult third quarter land price index, prices in the satellite towns increased by 2.5 per cent while Nairobi registered a 0.28 per cent increase.

“Last year at the height of the pandemic we saw satellite towns record price drops in tandem with Nairobi suburbs due to disruption to the economy and the accompanying uncertainty,” said Sakina Hassanali, Head of Development Consulting and Research at HassConsult.

Hassanali noted that the gradual opening of the economy has triggered investors back to the towns at a faster rate than the suburbs.

The report notes that the last time satellite towns recorded similar price increases was in the third quarter of 2019.

Kiserian town was the best performer on a quarterly and annual basis at 5.3 per cent and 18.24 per cent increase respectively while Kiambu town   prices remained static at 0.06 percent growth.

However the price of land in Kiambu remains higher at Sh39.7 million and acre compared to Kitengela's Sh8.7 million.

During the review period, Ruaka town saw prices marginally drop by 0.2 percent, the second consecutive quarterly drop an indication indicating that developer demand is waning. An acre in Ruaka goes for Sh89.6million.

“There are many developments in the area and developers normally will want for stocks of units to be taken up before they can continue with their plans which has an effect on prices,” said Hassanali.

Spring Valley was the best performing suburb with prices increasing by 2.2 per cent to Sh 181.1 million per acre over the quarter as there is still demand in the area.

On an annual basis, Nyari posted the highest price rise at 7.18 per cent to Sh111.7 million per acre.

Loresho was at the tail end over the quarter at -1.32 per cent while Riverside saw prices drop by 5.1 percent on an annual basis.

The preference of satellite towns also saw the price of property in the towns perform better than in suburbs.

HassConsult notes that over the quarter apartments along the 27-Kilometre Nairobi Expressway touchpoints which include Mlolongo, Athi River, and Syokimau all posted a rise in prices rise over the quarter of 1.9 percent, 1.8 percent, and 0.03 percent respectively.

“Apartments in these areas are becoming attractive as they will be more accessible on completion of the mega project, so investors are looking to enter at current prices which are more affordable relative to similar properties in other towns,” said Hassanali

The index shows that Athi River has the most affordable apartments in the satellite towns with current asking prices at Sh5.5 million.

In Syokimau, the current asking price for apartments is Sh8million while in Kikuyu apartments go for around Sh7million.

In the suburbs, apartments in Upperhill showed mild recovery at 3.1 percent over the quarter while Runda houses recorded a 1.3 percent drop.

Langata topped on an annual basis with prices rising by 11.9 percent while Riverside saw apartment prices retreat by 3.7 percent over a similar period.

On the rental front, Ruiru recorded the highest quarterly and annual rental increases at 3.9 percent and 10.3 percent respectively.

Gigiri recorded the highest quarterly and annual rental declines at 2.7 percent and 8.7 percent respectively as the expatriate community is still streaming slowly.