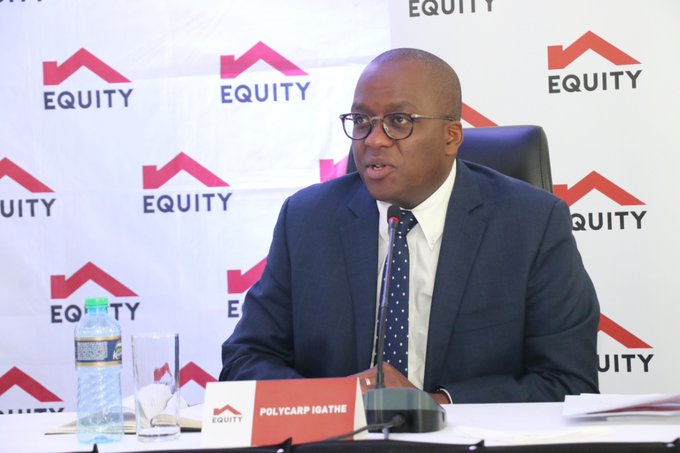 Equity Group on Monday announced its Q3 results, posting a 79 per cent rise in profits after tax to Sh26.9 billion.

"We create solutions that are relevant to the evolving needs of the economy and our solutions are salient to our consumers."

He also linked the increased profitability to falling provisions for bad loans.

Total interest income from loans, investment in government paper as well as earnings from deposits with other banking institutions, increased from Sh42.7 billion in Q2 to Sh67 billion at the end of September this year.

The Group’s earnings from fees and commissions on loans to customers nearly doubled from Sh3.5 billion to Sh5.7 billion during the financial period under review.

The lender's operating expenses, however, went up significantly from Sh28.1 billion in Q2 to Sh43.8 billion in Q3, pushed up by rising staff costs due to recent acquisitions in the region, the latest being in the Democratic Republic of Congo (DRC).

“Total income grew by 25.5 per cent compared to 16 per cent in the last period.  We expect the opening of economy and removal of curfew will lift the interest higher,'' Mwangi said.