Each prospective shareholder must apply for at least 500 shares 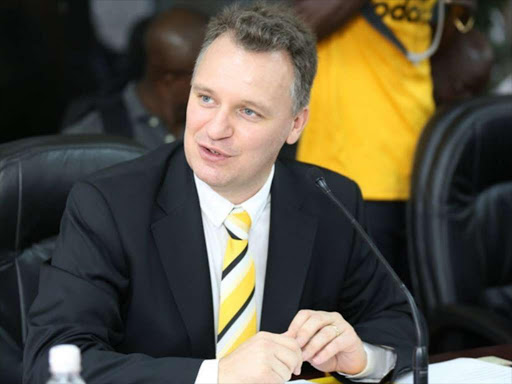 Kenyans can now have a piece of MTN Uganda after the capital markets regulator cleared the telco's Initial Public Offer (IPO).

"Kenya's Capital Markets Authority (CMAK) has provided its 'no objection' for the IPO to be marketed in Kenya following the opening of the offer in Uganda on October 11,''Vanhelleputte said.

The telecom, a South African MTN Group subsidiary is selling  20 per cent of its shareholding (close to 4.5 billion shares) to the public at UGSh200 per share (Sh6.4) translating to at least Sh28 billion.

Each prospective shareholder must apply for at least 500 shares, which, if fully allocated, results in a minimum investment of UGSh 100,000 (Sh3,200) per shareholder.

Kenyan investors will require a valid identification national ID or passport to open a Securities Central Depository (SCD) account at the Uganda Securities Exchange (USE) to apply for the MTN Uganda IPO.

All East Africans who apply for shares will receive five bonus shares for every 100 shares they are allocated.

“The decision to list MTN on the Uganda Securities Exchange is in line with our localisation agenda aimed at prioritising local investors with the goal of giving Ugandans and indeed East Africans the opportunity to own part of the company,” Vanhelleputte said.

He said that proceeds from the sale will go directly to individual and institutional investors who own 96 percent of MTN Uganda.

''Although we have long-term plans to expand to other markets away from Uganda, Rwanda and Tanzania proceeds from the sale will go directly to investors spread across the globe,'' Vanhelleputte said.

He said that the company plans to spread its wings in East Africa, having listed on Rwanda Securities Exchange. The firm is, however, not planning to cross-list the IPO on the Nairobi Securities Exchange (NSE) in the near future as anticipated.

MTN Uganda's IPO comes 13 years after the Kenyan government sold 25 per cent of its shares in Safaricom.

The 2008 Safaricom IPO was overwhelmingly oversubscribed, attracting more than 800,000 new investors who invested more than Sh220 billion against the Sh50 billion the company was seeking through the offer.

MTN Uganda is banking on the success of Safaricom's offer to hit the target, with a possibility of oversubscription.

''We have an elaborate refund plan in case of oversubscription. We will prioritise local and regional investors but ensure all cases are dealt with comprehensively on time,'' Vanhelleputte said.

Some of Safaricom IPO investors are still waiting for their refund over 13 years later, with the  National Treasury saying it is still working towards ensuring that all are repaid.

In a past statement, the Senior Economic Advisor to the CS National Treasury said some money was still lying unclaimed at Citibank and the government was working towards settling the payments.

MTN is the biggest mobile network provider in Uganda with over  15 million subscribers. It also offers mobile money financial services.