Storm will be over in a year, Urithi chair to disgruntled members

At least Sh2.9 billion of the Sacco’s total portfolio is locked in unfinished projects 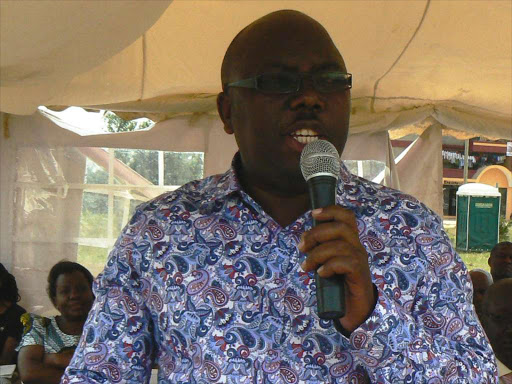 Six years ago, Urithi Housing Cooperative Society which was formed in the year 2012 was at its peak, handling dozens of land and housing projects.

Membership surged, growing to at least 30,000, thanks to the all-inclusive recruitment model that admitted both investors from across the economic pyramid.

From blue-chip business leaders and politicians to shoeshines and street hawkers.

At some point, the company was handling 150 off-plan projects with 25 branches employing 450 marketers across the country.

Banks and investors wanted a piece of this successful enterprise that had accumulated a portfolio worth over Sh5 billion in just a short time.

However, beneath this glitter, the Society was suffering normal social economic challenges that were slowly crushing it.

"Kenya is a tribal state. We had projects across the country that were haunted by ghosts of 2007 post-election violence,'' Maina said.

He explained that over 80 per cent of our members are from one tribe and had reservations to continue investing in projects in places they considered hostile.

He added that there are other economic factors that have continued to shrink disposable income, forcing members to consider withdrawing from ongoing projects or simply stop paying premiums, hence delays in completion.

"While we have completed several projects and handed houses and titles to our investors, several economic factors have contributed to delays in others but we are working towards reviving them,’’ Maina said.

The land was charged to Family Bank and that the purchase price was to be used to procure the discharge of charge from the bank in order to facilitate completion of the transaction.

The property attracted many investors, a move that saw the Society comfortably pay Sh500 million with plans to clear the remaining balance in bits.

Even so, the economic slowdown that followed the protracted general election and other factors took a toll on investments, causing the Society to default.

This was the beginning of troubles for the once flourishing investment vehicle, causing disquiet among members.

Daniel Kamotho, who has his Sh1.4 million locked in three of Urithi’s projects told the Star that he is almost losing hope in what he thought would have been a perfect retirement plan.

"My money is in Panorama and two Joska projects. These are off-plan projects that mean no titles unless all investors work towards clearing the remaining balance. I don’t know how else I can redeem my money,’’ Kamotho a former cook at a city secondary school said.

Rose Nyagothie, a business lady in Kiambu County is crying for a refund of the Sh900,000 that she sunk in Panorama Gardens.

"I hear the land is going to be auctioned. Who will save us from these predicaments? I just need even 75 per cent of my money,’’ she said.

Last week, High Court authorized Family Bank to auction the 104 acres piece of land to recover Sh315.1 million which is owed by the Sacco. The auction had been contested in court by 36 members of the Sacco.

However, High Court judge Justice Grace Kemei dismissed their petition and ruled that investors had been notified about the loan.

“In the circumstances of this case, Urithi Sacco, for which the plaintiffs are members, committed itself in the charge to repay the full loan facility advanced and comply with all the terms of the charge before the suit land could be discharged,” the court ruled.

This loan was to be repaid within 60 months, but the Sacco defaulted barely four years later in 2019. It has up to December 17 to clear the amount or risk facing the hammer.

The Sacco chair said that he is in talks with Family Bank to amicably settle the loan adding that he has adopted a “Member operated Model” to speed up loan repayment and topping up of premiums to ensure plots are delivered to investors.

Since cooperatives are owned by members, we have been addressing project by project by involving investors in the completion of each project in a collaborative approach. These challenges are not unique to Urithi Sacco.

The real estate sector has taken a beating from a cocktail of social-economic woes that have befallen the country, including the Covid-19 pandemic.

There are acres of property under auction in our dailies and auctioneers are having a field day. Investors are holding on to premiums, preferring to settle the most important matters.

This is normal in any economic setup. We are, however, working towards settling pending matters within a year,’’ Maina said. He said that the firm has also undertaken cost-cutting measures including closing 20 of its 24 branches, freezing new projects and retrenching most of its permanent staff and adopting virtual meetings.

He revealed that Sh2.9 billion of Sacco’s Sh6 billion portfolio is locked and requires members' support to unlock.

"When we were thriving, members proudly owned the Sacco. This has since changed and all financial woes are blamed on me. It is not fair. The negative publicity is, however, perpetuated by few who unfortunately didn’t fully comprehend the society’s social-economic model or those who invested for speculation,’’ Maina said.