She took over from Charles Keter last week.

•The CS has assured Kenyans power costs will go down before Christmas as promised by government.

•The energy ministry is leading key reforms at Kenya Power and the country's energy sector at large, based on recommendations by the Presidential Taskforce. 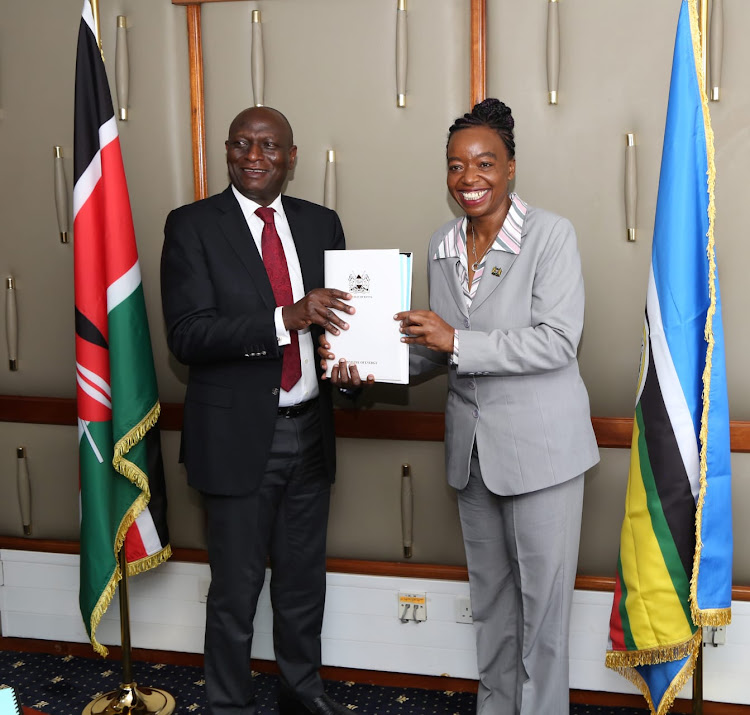 Energy CS Monica Juma is confident that the cost of electricity will drop by 33 per cent before Christmas, as the government renegotiates power purchase deals.

Yesterday, Juma confirmed a number of IPPs are willing to re-negotiate with the government. Contracts found to have loopholes will be terminated.

“It is my expectation that all IPPs operating in Kenya will demonstrate good faith as we commence this process,” the Cabinet Secretary told Editors at a briefing in Nairobi.

The energy ministry is leading key reforms at Kenya Power and the country's energy sector at large, following recommendations by the Presidential Taskforce for a review of Power Purchase Agreements (PPA).

The government has marked Kenya Power 'A Special Project'.

“I will drive these reforms firmly. I believe that the proposed reforms will deliver the recommendations of the task force,” Juma said.

She took over the energy docket last week from CS Charles Keter who has moved to devolution.

The government wants to bring down the cost of electricity by Sh8 per unit with a major focus being cutting purchase tariffs on contracts between Kenya Power and IPPs.

Some companies have been selling electricity up to 25 times more than the cheapest power producer–Kenya Electricity Generating Company(KenGen), which has been giving Kenya Power a unit at Sh5.48.

The taskforce called for fast-tracking of reforms at Kenya Power, including changes in leadership, and making the firm a commercial entity that is both profitable and capable of delivering efficient and cost-effective electricity supply to consumers.

The government has since canceled all pending negotiations of PPAs with new deals set to be aligned to a Least Cost Power Development Plan (LCPDP).

Areas of focus include procurement of PPAs, compliance by the parties, terms of the contract and accuracy of costs passed on by the IPPs to Kenya Power and the consumers.

IPPs supply 25 per cent of KPLC’s power, but account for 47 per cent of  power purchase costs.

By way of comparison, KenGen supplies 72 per cent of power but accounts for 48 per cent of KPLC’s power purchase costs.

Purchases from Rural Electrification and Renewable Energy Corporation and imports from Uganda and Ethiopia account for the balance two per cent.

The ministry is also pushing for reduction in system losses at Kenya Power, which is denying the firm revenue.

Meanwhile, the utility firm is expected to make public names and beneficial ownership of all IPPs with which it has contractual arrangements.

In the last financial year, Kenya Power paid a total of Sh93.9 billion to IPPs, a cost expected to go down in reviewed terms.

A steering committee has been set up, on a six-month tenure, to help with reforms in the energy sector.

It is expected to submit its first progress report to President Uhuru Kenyatta on or before December 5.

According to the President, cutting off expensive power producers will see a unit of electricity go for Sh16 from Sh24 which is two-thirds of the current tariff.

President Uhuru has appointed a committee to implement recommendations by the taskforce on review of Power Purchase Agreements.
Business
9 months ago
by MARTIN MWITA Business Writer
Kenya
25 October 2021 - 17:00