Growth projection by the National Treasury is at 6%

•The uncertainties have subdued various investments in the country as most investors are practicing wait and see approach, chairman Kanini Kega said. 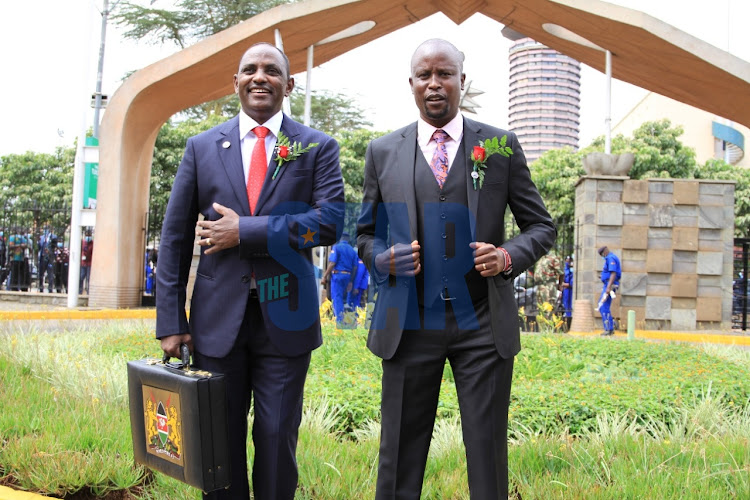 The uncertainties occasioned by rising political temperatures could hurt the country's economic recovery, the Parliamentary Budget and Appropriations Committee has cautioned.

Growth projection by the National Treasury is at six per cent (6%) this year, from a contraction of 0.3 per cent last year when the economy took a beating from the Covid-19 pandemic.

Committee chairman Kanini Kega said investments are slowing down as the country goes into an electioneering year and called for a peaceful and investor friendly environment.

“The uncertainties have subdued various investments in the country as most investors are practicing a wait and see approach,” said the Kieni MP.

This, as the country continues experiencing a myriad of challenges, among them the rising cost of living occasioned by high food and fuel prices.

The government is currently contemplating full re-opening of the economy with gains starting to be felt in the service sector following the easing of some Covid-19 containment measures coupled with increased vaccination.

“Unless we try to mitigate these challenges, they may easily erase the gains that have been made so far,” Kega said, as the public participation on planning for the next financial year's budget enters its final day, today.

The committee said the financial year 2022-23 budget is being formulated in a challenging yet promising environment.

Next financial year's spending is projected at Sh3.21 trillion, lower that the current one ending June 30, 2020, which is at Sh3.6 trillion.

Big spenders, according to the allocations are the education sector which has a proposed budget of Sh521 billion, energy, infrastructure and ICT (Sh357.7 billion), public administration and international development (Sh383.3 billion) and national security (Sh180.9 billion).

The national government will take up Sh2.04 trillion with the executive allocation projected at Sh1.98 trillion.

Allocation to counties is expected to remain at Sh370 billion.

Kenya Revenue Authority is expected to collect Sh2.14 trillion up from  Sh1.78 trillion, projected for the current financial year.

The country, however, has failed to have a realistic revenue projection, Kega said, resulting to budget deficits that are more than seven per cent of GDP.

“ This has resulted to rising of public debt and a very constrained fiscal space,”he said, “Public debt is the worst enemy to any country.It should be everyone’s concern that we are using substantial resources to service debt proceeds in earlier years.”

The government is also keen to expand the revenue base while rationalising operating expenditure.

“We have to cut the coat according to our size. We cannot pretend to spend what we don't have,” Yatani said, when he opened the public budget participation for the next financial year's spending plan.