President Uhuru has appointed a committee to implement recommendations by the taskforce on review of Power Purchase Agreements.

•The steering committee which is on a six-month tenure shall submit its first progress report to the President on or before December 5.

•The government targets to cut down the cost of power by January. 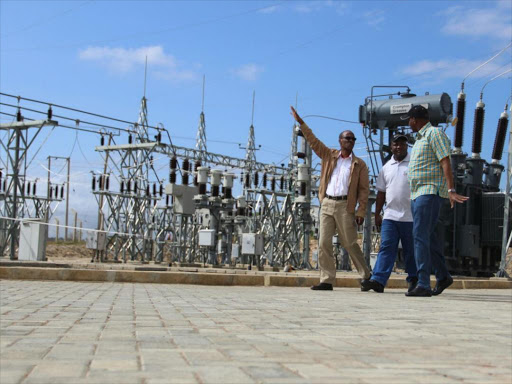 Independent Power Producers are now on a short leash as a Presidentially appointed steering committee moves to implement recommendations by the taskforce on review of Power Purchase Agreements.

President Uhuru Kenyatta has given the taskforce chairman John Ngumi a 16-member committee and four joint secretaries, to implement what will be a major shift in PPAs (Power Purchase Agreements), with at 22 contracts facing a review.

The steering committee which is on a six-month tenure shall submit its first progress report to the President on or before December 5, as the government targets to cut down the cost of power by January.

Uhuru has directed that the recommendations of the presidential taskforce be implemented on a priority basis.

The taskforce appointed on March 29 this year submitted its report on September 29, with a recommendation for renegotiations and review of PPAs with power producers, where some have been selling electricity up to 35 times more than the cheapest generator—KenGen.

The government is keen to secure an immediate reduction in power tariffs, with a target of cutting the costs of electricity by up to 34 per cent.

This means a consumer spending Sh500 per month on electricity will pay Sh330, saving Sh170.

The taskforce called for cancellation, with immediate effect, of all unconcluded negotiations of PPAs and ensure future PPAs are aligned to the Least Cost Power Development Plan (LCPDP).

It has also advised for fast-tracking and deepening of the ongoing reforms at Kenya Power, to restructure it into a commercial entity that is both profitable and also capable of delivering efficient and cost-effective electricity supply to consumers.

Kenya Power has since been marked as a special government project.

The utility firm is also expected to make public names and beneficial ownership of all IPPs with which it has contractual arrangements.

In the last financial year, Kenya Power paid a total of Sh93.9 billion to IPPs, a cost expected to go down in reviewed terms.

Some of the top targets are Triumph Power Generating Company and Gulf Power Limited which were the most expensive, selling a unit at Sh173.08 and Sh121.56, receptively.

Other notable expensive producers are Thika Power selling a unit at Sh54.62, IberaAfrica Power(Sh47.50), Off grid power stations (Sh35.25) and Tsavo Power Company which sold a unit at Sh26.16.

Kenya Electricity Generating Company(KenGen) had the cheapest power selling a unit at Sh5.48.

Other contracts that are up for review include those with Chania Power, Power Technology Solutions Limited, Ethiopia Electricity Power Company, Regen-Terem, Gura, Uganda Elec. Transmission Company, Rabai Power Limited and OrPower4 Inc, whose units cost between Sh6 and Sh19.

The government however terminated two IPPs this year and a third one was expected to exit in September after its contracts expired.

Contracts that hit their expiry will not be renewed, the state has indicated.

High power costs have been blamed for the constrained economic activity and limited Kenya’s growth into a globally competitive, industrialised, middle-income, and prosperous country.

“On receipt of the report, and after due consideration of its contents, His Excellency the President welcomed the recommendations of the Presidential Taskforce that establish a path towards the reduction of the cost of electricity and resolve a decades-long problem,” head of public service, Joseph Kinyua, said in a gazette notice on Friday.

It shall also prepare progress reports for presentation to the President, through the Cabinet sub-committee on KPLC.

State moves in to restore light at Kenya Power

President Uhuru Kenyatta has issued a 90 days deadline on bringing down the cost of power.
Business
2 weeks ago
by MARTIN MWITA Business Writer
Kenya
12 October 2021 - 04:00