China wants more empties for her exports while Europeans are converting them into homes, offices.

•This comes amid increased freight charges which have almost tripled, according to shippers in Kenya.

•There is also a continued global vessel shortage threatening to hurt international trade for Kenya. 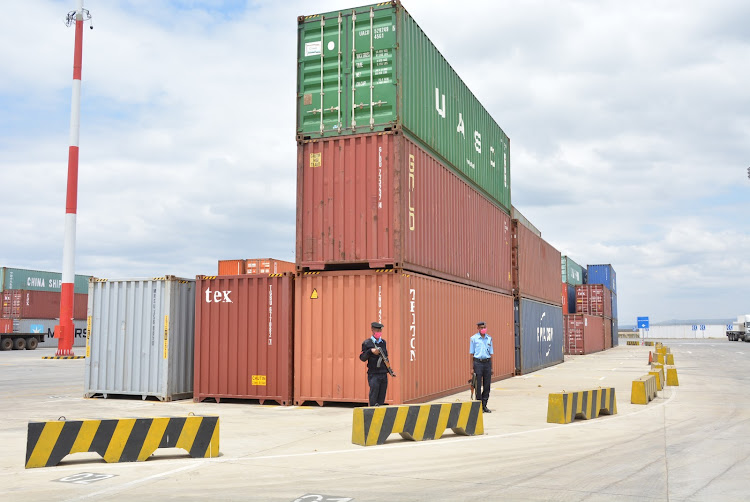 High demand for empty containers in China has hit Kenyan exports as shippers rush back empties instead of carrying export cargo.

This, coupled with increased freight charges due to a global vessel shortage threatens Kenya's international trade..

The high demand for empties in China is as a result of reopening of industries after a slow down during the peak of the Covid-19 pandemic last year, with the Asian country rushing to clear orders for its exports, mainly to Europe and the US.

Containers of all sizes—20-foot and 40-foot are in short supply, according to industry players.

China is said to be paying handsomely for the return of empty containers, a move that the Kenya Association of Manufacturers (KAM) says is making it attractive to vessel owners.

“This has resulted in cargo ships scrambling for empty containers from the diverse ports in order to transport them back to China. It results in exports goods lacking space on cargo ships, as ships are allocating space to empty containers,” KAM chief executive Phyllis Wakiaga told the Star.

Whereas there are a few cargo ships loading exports, their cost is much higher due to rising demand for the same, she said.

According to the Shippers Council of Eastern Africa (SCEA) the rates have gone up three times in some cases $12,000 (Sh1.3 million ) to ship to Europe, which is also experiencing a high demand for empty containers.

“The rate are a factor of shortage of containers due to the Europe upsurge driven by new business from working from home, new office locations, and equipment,” SCEA chief executive Gilbert Langat told the Star on telephone.

East Africa has been facing a vessel shortage since late last year, as most shipping companies deploy large vessels on the US-Europe-Asia trade route, scheduling a few smaller vessels to the Kenya and Tanzanian ports.

“There is a high demand for containers for East-Asia route to Europe and America,” said Langat.

Covid impact on vessel building and retirement of old and service for vessels is also contributing to the global shortage, Langat said.

Exporters of tea, coffee and vegetables, Kenya's top export commodities to the EU and Asia , are among those affected by the vessel and container shortage.

With the pandemic affecting international trade, there has been growth on intra-East Africa trade where Uganda was the biggest market for Kenyan goods last year, the Economic Survey 2021 shows.

The value of exports to the neighbouring country totaled Sh72.2 billion, a jump from Sh64.1 billion the previous year.

Exports to Tanzania totaled Sh31.8 billion, while those to Rwanda were valued at Sh25.2 billion as Kenya exported goods worth Sh158.3 billion to her East African Community partner states, up from Sh140.4 billion.

Africa contributed 38.2 per cent to the total export earnings in 2020, remaining the largest market for the country’s exports which were valued at Sh246.1 billion.

The country's total value of exports, both to Africa and overseas hit a high of Sh643.7 billion, a seven per cent growth from a total of Sh596.6 billion realised in 2019, even as exports to Europe, the US and China dropped.