This comes as state-owned factories continue to struggle.

•This resulted in higher industrial production of 603,800 tonnes up from 440,900 tonnes in 2019, on increased harvest and delivery of mature canes for crushing. 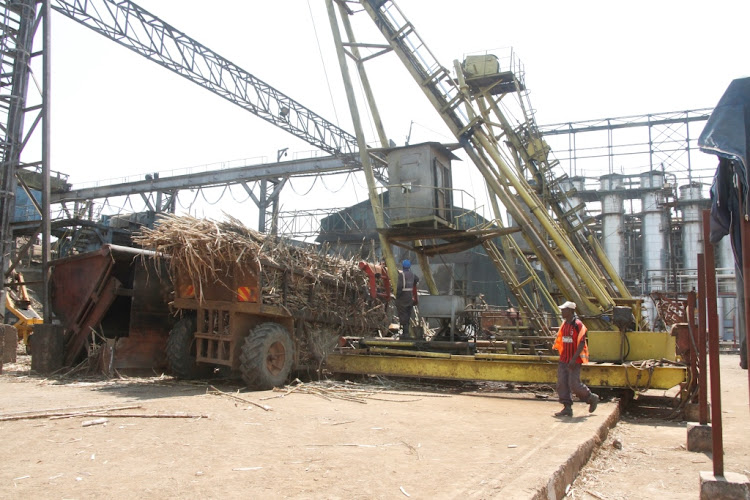 Total cane production increased by 47.8 per cent from 4.6 million tonnes in 2019 to 6.8 million tonnes, the Economic Survey 2021 shows, as farmers developed confidence in private millers.

This resulted in higher industrial production of 603,800 tonnes up from 440,900 tonnes in 2019, on increased harvest and delivery of mature canes for crushing.

The high local production came as imports declined by 3.1 per cent from 458,600 metric tonnes to 444,500 tonnes in 2020, mostly duty-free  imports from the Common Market for Eastern and Southern Africa (Comesa).

The decrease was mainly attributed to lower shipment of white refined sugar in 2020 as a result of low consumption by the hotels, restaurants and cafes due to the Covid-19 pandemic effects.

The high volume of cane was brought about by conducive weather patterns over the year, the survey shows.

The area under cane production increased by 1.6 per cent to 2 million hectares in 2020 from 1.9 million hectares, as farmers anticipated good returns from private entities after years of struggling to get paid by state millers.

“Good payment from privately owned mills motivated the farmers to expand the area under cane,” the survey notes.

Farmers gained from the high local production as earnings from sugar cane increased from Sh17.6 billion in 2019 to Sh25.2 billion, buoyed by the private companies as state-owned millers remain in the red.

Consumers enjoyed a lower price where a kilo retailed at an average Sh113.94, compared to Sh116.21 the previous year.

Last year, the government sought to offload Chemelil, Miwani, Muhoroni, Nzoia and South Nyanza Sugar Companies  to private investors on a 25-year lease period, but is yet to receive bids mainly due to low return on investment.

Efforts to also get an investor for Mumias Sugar currently under receivership has been marred by local politics.

Devki Group chair Narendra Raval showed interest in leasing the miller if stakeholders and the receiver-manager approved his bid. He pledged to put in up to Sh5 billion for its revival.

The loss-making miller was placed under receivership by KCB Group in September 2019, to protect its assets and maintain its operations.

Under the leasing deal, the successful firm is expected to run the plant on behalf of KCB whose Sh545 million in loans was defaulted by the miller.

Meanwhile, Kenya targets to import a lower volume of 210,163 tonnes of the commodity from Comesa this year, as it continues to enjoy protection from imports.

In December, it secured a two-year extension on the safeguards which were set to expire in February this year.

They now run until February 2023 as the country remains keen in protecting its factories and market from cheaper imports.

Most imports are expected to come from Eswatini, Zambia, and Mauritius according to the Ministry of Agriculture quota.

From the East African Community, traders are allowed to bring in about 23,000 tonnes mainly from Uganda, Rwanda and Burundi.

Post a comment
WATCH: The latest videos from the Star
by MARTIN MWITA Business Writer
Kenya
15 September 2021 - 04:00
Read The E-Paper